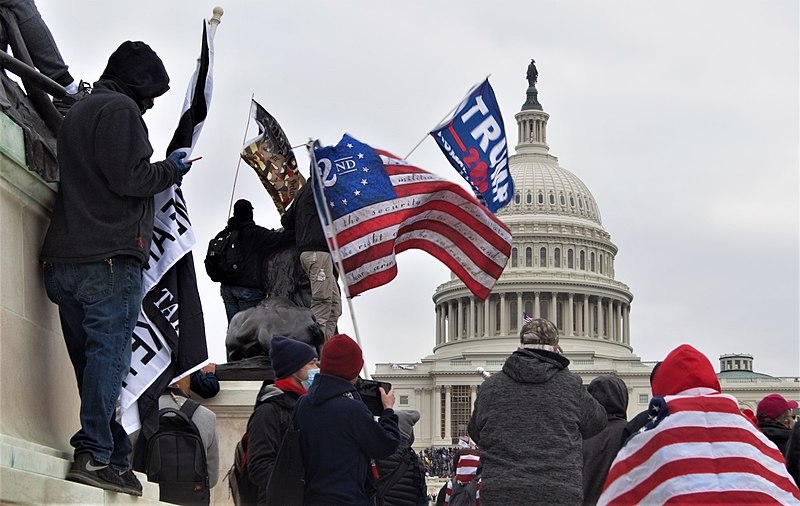 On January 6, a pro-Trump mob of rioters, including right-wing extremist groups, stormed the Capitol to stop the certification and also target several lawmakers, including then-vice president Mike Pence. Among them was Utah GOP Senator Mitt Romney, whose wife begged him not to go to Washington due to the threats of pro-Trump violence.

A report from the Salt Lake Tribune Tuesday, based on the revelations on what happened during the insurrection in the book “I Alone Can Fix It,” by Washington Post reporters Carol Leonnig and Philip Rucker, revealed that a message aimed at members of Congress including Romney saying, “We are coming to kill you. Just wait a few days.”

Romney received word of the message from Maine Independent Senator Angus King, who then received a tip from someone from the Pentagon, who turned out to be Chairman of the Joint Chiefs of Staff, Gen. Mark Milley. Previous reports revealed that Milley had concerns that the now-former president would plan a coup in order to stay in power. King expressed concerns that Romney may be targeted as one of the Republicans who drew the ire of Trump and did not plan on contesting the election.

When Romney’s wife, Ann Romney, learned of the threat, she reportedly begged her husband not to return to Washington for the joint session. Romney ultimately went anyway, and his aides arranged for additional security at the Capitol. Security footage during the insurrection revealed that the Utah Republican was nearly caught by the rioters if not for Capitol Police officer Eugene Goodman who directed him to safety.

Meanwhile, the House Select Committee to investigate the Capitol riots will be holding its first hearing next week, July 27. California Rep. Ro Khanna told CNN that the select committee will not have done a thorough job unless the former president himself also testifies before the panel.

“They should bring in every relevant person to the hearings … How can you say that President Trump, who was giving speeches encouraging people to go into the Capitol, not be a material witness?” said Khanna, when pressed whether the panel should eventually bring Trump in to discuss his actions last January 6.