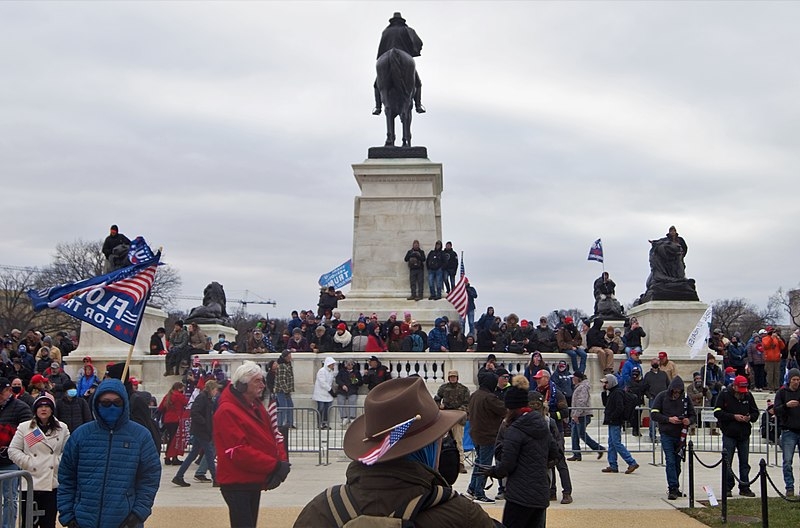 Law enforcement officials took the most beatings during the January 6 insurrection, resulting in dozens of officials severely injured from the violence. During the House Select Committee’s first hearing, a new video edit of footage was replayed to recall the events.

Committee chairman Bennie Thompson played a new video edit of the insurrection during the panel’s first hearing with some of the injured police officers who testified about their experience. The hearing is the first of many by the House Select Committee that will extensively probe the events that led to and during the riots that left five people dead, including one police officer. Prior to playing the video, Thompson disclosed that the video featured graphic images and strong language that may be uncomfortable for some who are present in the televised hearing.

The video edit also featured one of former President Donald Trump’s tweets hyping up the insurrection that would follow. “Big protest in DC on January 6th. Be there, will be wild!” tweeted the former president, who has since been permanently suspended from most major social media platforms.

Also featured were transcripts and audio from private conversations between the rioters on Zello, as well as radio communications between police officers that responded to the insurrection that was happening. A pro-Trump mob stormed the Capitol in an attempt to stop the certification by Congress of Joe Biden’s election victory. Congress ultimately resumed the joint session hours later to formally certify the election results.

One rioter could be seen in the video demanding to speak with Democratic House Speaker Nancy Pelosi, who was among the targets of the rioters. One insurrectionist messaged on their communications channel that they have set up the gallows outside the building.

Trump was impeached by the House for a second time over inciting the riots that occurred hours after his rally in DC protesting his election loss. The former president’s refusal to accept his election loss led to the peddling of the false claim that the election was stolen from him, culminating in the insurrection. Speaking with CNN’s Many Raju, Thompson said that the committee will not wait for Trump officials to cooperate and instead enforce subpoenas right away.

Thompson explained that they were aware of the stalling tactics being used by Trump administration officials whenever Congress asks them for information. The Mississippi congressman added that they would be meeting with DOJ Attorney General Merrick Garland to discuss getting access to all relevant information and evidence compiled by impeachment investigators.

“Letters just lengthen the time,” said Thompson. “We just want to get it all done.”