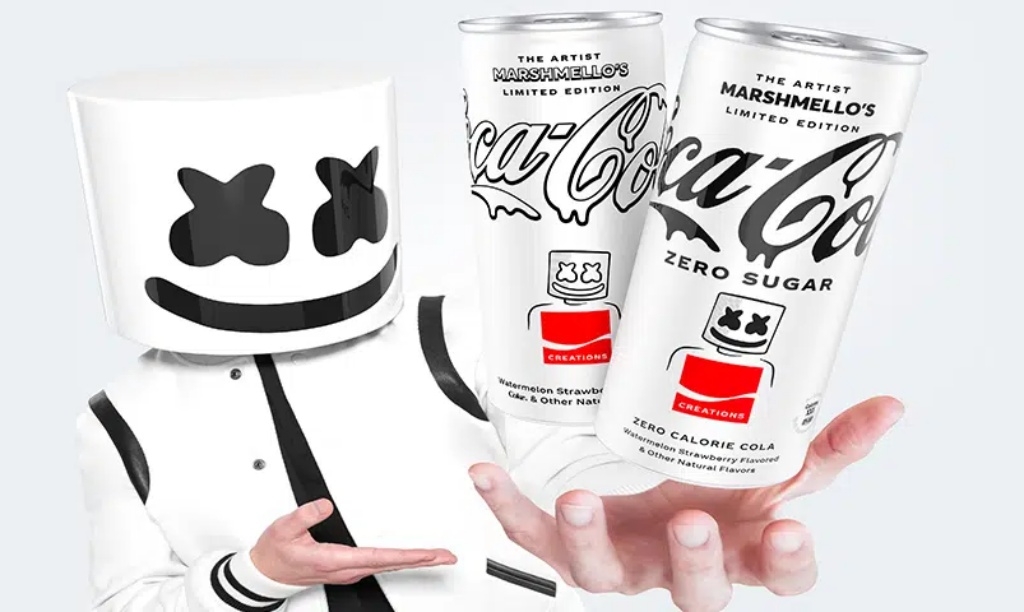 Coca-Cola just unveiled its newest Coke flavor under its Coca-Cola Creations banner. The limited-edition flavor was made in collaboration with Marshmello, the masked Grammy-nominated DJ and music producer.

According to CNN Business, the new Coke is not the marshmallow-flavored drink that people may first assume. Rather, it will offer a unique flavor that blended the juices of watermelon and strawberry, which are Marshmello's favorite fruits.

This new flavor is Coca-Cola's first-ever beverage that was created in partnership with an artist. Just like Marshmello, the new Coke is bursting with flavors is comparable to his colorful chart-topping music beats. The fusion of strawberry and watermelon is surely something to try and the best thing is that it will also be released with a zero-sugar version.

It was reported that Marshmello's limited edition Coke beverage is initially dropping in the United States next month. Fans can find the new drink on grocery store shelves starting July 11 and will be up for sale for a limited time.

It will also be available later in other countries but in select regions only. It will be offered worldwide this summer.

"From the beginning, we wanted this to be a collaborative process that could come to life and feel authentic to both of our brands," The Coca-Cola Company's senior director of global strategy, Oana Vlad, said in a statement. "Everyone rolled up their sleeves and had a lot of fun... Marshmello is known as a connector of fans, so our values are aligned."

He added, "The novelty and unexpectedness of these innovations are driving curiosity and inviting people to engage with the brand and we are also seeing that taking a more experiential route with our marketing through digital experiences, licensing partnerships and creative collaborations is a meaningful and fresh way to reach younger consumers."

Meanwhile, this is the beverage company's third flavor under its Coca-Cola Creations. It previously introduced the Starlight space-inspired drink and the pixel-themed Byte drink which came out in April. Finally, Marshmello described the Coke's new flavor as "amazing" and said he hopes the fans will love it.