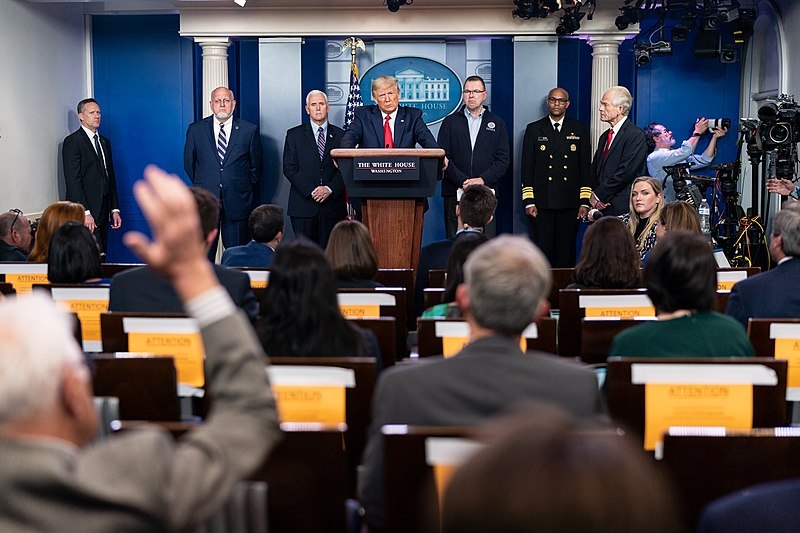 As the coronavirus crisis continues, the administration of President Donald Trump has received mixed responses towards their handling of the pandemic. However, due to his constant clashing with medical expert Dr. Anthony Fauci, Trump is reportedly “close to firing” him.

As revealed in Vanity Fair, sources who are in the know revealed that Trump is considering sending Americans back to work when the social-distancing period ends next week on the 31st of March. However, a former White House official also revealed that this move would ultimately result in the president clashing once again with Dr. Fauci. Should this be the case, it could potentially result in Dr. Fauci getting fired or stepping down as the resident medical expert.

Trump is said to be increasingly frustrated with the medical expert along with governors who supported the shutdown of parts of the economy in order to prevent the spread of the coronavirus. Four Republicans have also said that Trump is not happy that Dr. Fauci’s advice to preventing the pandemic from spreading any further within the United States is to put a stop to the economy, at least momentarily. “Trump is furious,” said one former West Wing official. A Republican briefed on the matter also revealed that “He’s been calling business leaders asking if he should just reopen the economy.”.

Meanwhile, the House and Senate remain to be struggling with the coronavirus response package that seeks to help families and Americans who are financially struggling while keeping the economy afloat. As both parties fail to reach a consensus due to the debates regarding aspects of their respective packages, it appears that Vermont Senator Bernie Sanders was not present during the voting. Sanders was hosting a virtual roundtable discussing the coronavirus with fellow lawmakers, Ilhan Omar, Rashida Tlaib, and Alexandra Ocasio-Cortez.

During the roundtable discussion, Sanders slammed his Republican colleagues at the Senate regarding their version of the coronavirus response package. Sanders also accused the Trump administration of “a blank check to hand out corporate welfare.”

“Really? Really? That’ll last you for two to three weeks,” said Sanders, referring to the proposal of making a one-time payment of $1,000 to American families. “What happens after that?”