Why does the RBA keep hiking interest rates? It's scared it can't contain inflation

Experts weigh in on Fed hike: it was the right call, but will it work? 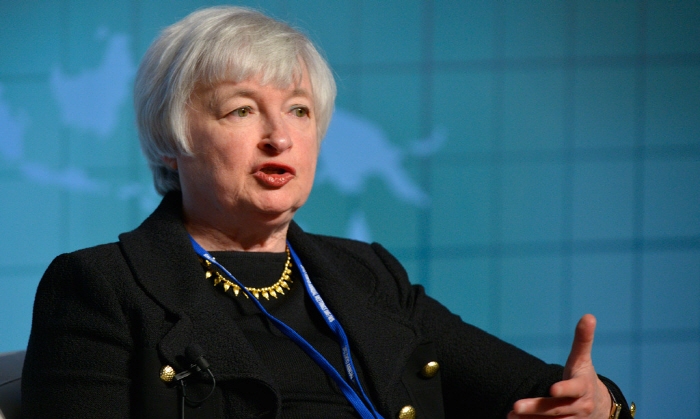 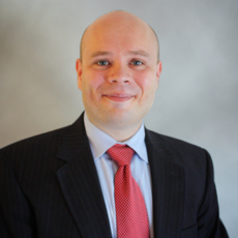 Editor’s note: The Federal Reserve’s policy-setting committee decided to raise its target interest rate – known as the Fed funds rate – for the first time in nine years. It increased the rate from a range of zero to 0.25% to a range of 0.25% to 0.5%. We asked a few of our experts – Alex Nikolsko-Rzhevskyy of Lehigh University, David A Singer of MIT and Sheila Tschinkel of Emory – to highlight a few key takeaways from the decision and what happens next.

It finally happened: the nine-year-long spell of near-zero interest rates came to a logical end. The Fed raised its funds rate target in the first step toward normalizing US monetary policy.

Was this decision justified? Yes, for many reasons.

Fed Chair Janet Yellen has been gradually preparing markets for a hike for a long time, leaving today’s decision in little doubt: only about 15% of traders didn’t think it was coming.

If the Federal Open Market Committee (FOMC) hadn’t lifted rates, it would have sent a strong signal that, according to the Fed, the US economy is not yet ready to be taken off its meds, which would have devastating effects on both the market and the central bank’s reputation.

For the same reason, we should not expect any drastic market movements in response to the news. Most of the “wow” effect has already been incorporated into equity and debt prices before the hike.

Economic data have been pointing in this direction for some time now. The latest Bureau of Labor Statistics report put unemployment at an eight-year low of 5%, following strong job gains in November and upward revisions for previous months. Core inflation remains well below the Fed’s 2% target; it is expected to gradually move up over the next several years, which is consistent with the Fed’s goals.

So what will happen next?

The market expects rates to stay under 1% through most of 2016, which amounts to a quarter-point hike at every two to three FOMC meetings. Depending on the dynamics of oil prices and their direct and indirect effect on inflation, the Fed might decide to speed up the pace. And market expectations will likely readjust accordingly. After all, the Fed appears to be successful lately at shaping them.

Regardless, monetary policy will stay highly accommodative – to encourage lending and economic activity – with short-term rates well below the long-run target of roughly 4% for at least several more years.

In the meantime, the FOMC needs to develop a strategy to deal with excess reserves, accumulated by the banking system, and the Fed’s US$4.5 trillion portfolio, a large portion of which needs to be drained in order for open market operations to become effective again.

When exactly the Fed starts acting on that is still a mystery. But we are off to a good start.

Can the Fed hit its new target?

After seven years of near-zero interest rates, the Fed has finally signaled the beginning of “liftoff.” The timing of the move remains controversial, with some observers fearing that labor markets are too “soft,” inflation too mild and emerging-market countries too fragile for a rate hike.

A less appreciated facet of liftoff is that the Fed’s balance sheet is now so large that raising interest rates is logistically and mechanically challenging. As a result, the Fed is getting creative, and its strategies in the coming months could have important economic and political implications for financial stability and the centrality of the Fed funds market for the conduct of monetary policy.

In normal times, the Fed can effectively target the overnight borrowing rate for Fed funds by buying and selling Treasury securities in a process called open-market operations. That is, the Fed sets the rate it wants – say 0.25% – and then buys or sells treasuries from its balance sheet until the market rate matches it.

However, total reserves on its balance sheet now exceed $2.6 trillion as a result of successive rounds of quantitative easing (QE), distorting its normal method for setting rates. If the Fed followed its typical strategy of draining enough reserves to raise the rate, it would have to sell trillions of dollars’ worth of securities in a very short time. Doing so would wreak chaos upon the entire financial system.

Instead, the Fed intends to pay an interest rate of 0.5% on reserves, thereby giving banks little reason to lend them overnight to one another for less in the Fed funds market.

However, there is a known flaw in this strategy: certain financial institutions like Federal Home Loan Banks (FHLBs) are not eligible to receive interest on their reserves and will continue to lend these funds overnight at interest rates far below the Fed’s target, thereby pulling down the average Fed funds rate.

As a result, the Fed is getting creative with a new tool called the “reverse repurchase facility.” A “reverse repo” is essentially an overnight deposit at the Fed at a given interest rate. An unusually large set of eligible financial institutions, including money managers like Fidelity and Vanguard as well as the FHLBs, will now be able to park a total of $300 billion in extra cash at the Fed in a risk-free overnight transaction.

The program is designed to raise short-term interest rates throughout the entire financial system (why lend overnight to a bank for less than the Fed’s going rate?) and provide a floor for the Fed funds rate. The FHLBs, which have been key players in the Fed funds market in recent months, will now have no reason to lend overnight for less than the Fed’s reverse repo rate.

Will this method work? Even the Fed is concerned. Indeed, there is a “Goldilocks” problem with the program: if it is too small, markets will not budge; if it is too large, it could disrupt markets in times of stress.

A little bad news could send financial institutions running to the Fed as a haven, thereby drying up the overnight market for other financial institutions that might desperately need cash. Some observers, such as former Federal Deposit Insurance Corporation Chair Sheila Bair, believe that the program threatens financial stability.

It is too soon to say whether these fears are warranted, but for now, all eyes will be on the Fed funds rate (published each day) to see if the central bank is able to hit its new target.

What about long-term rates?

Today’s increase may not seem like much, but we need to remember the Fed funds rate is rising from a base of essentially zero, where it’s been since the beginning of 2009. And it is the first increase in almost ten years. Many college students who study economics probably can’t even remember the last time rates were rising.

One underlying uncertainty is how an increase in the overnight interest rate will affect intermediate and long-term rates. After all, these are the ones that matter to us and the economy, whether it be a 30-year mortgage, a personal loan or a corporate bond.

Part of the uncertainty comes from the difficulty of forecasting reactions to a Fed move, not only in the US but also in other countries. With the hike, the US is essentially moving out of sync with its major trading partners and the developing world.

In addition, monetary policy affects the economy with a lag, and it is long and variable one.

Are long-term rates still low because investors believe the economy is not all that strong, and the Fed will eventually have to lower rates again? Or is it because they think a weak global economy will push US growth lower, prompting the same response?

We have a lot of evidence on how wrong expectations have been.

I personally think the Fed’s getting it about right, and the economy is ready for a rise in rates. And if my forecast is any good, investors will eventually see the light, and longer-term borrowing costs – including on mortgages – will begin to rise.