The Mustang is expected to keep its muscular charm while sporting a somewhat updated look.

KFC showcased its global appeal in markets ranging from Ghana, Hungary, and Chile to Thailand.

The 737-8, which is powered by the newest CFM International LEAP-1B engines, will allow ANA to optimize its fleet while cutting fuel usage and carbon emissions by 20 percent and noise by 50 percent compared to the planes it replaces.

Female finance leaders outperform their male peers, so why so few of them in academia and beyond? 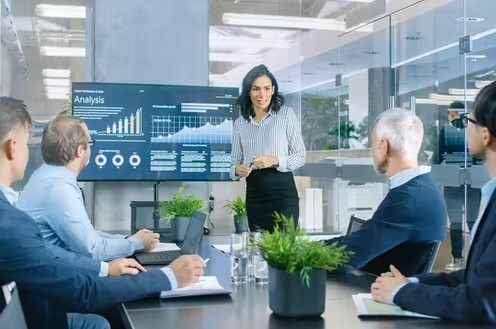 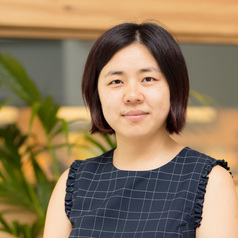 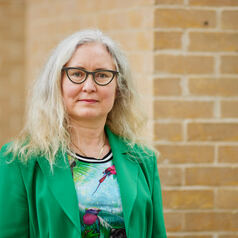 The gender diversity of thought leadership in finance is lower than in most other academic fields, our research shows. Finance ranks 132nd out of 175 fields with a representation of only 10.3% women among its thought leaders. Yet these women outperform their male peers.

How did we measure this? The impact of an academic’s ideas can be quantified using academic citations – how often their work is referenced in research published by other academics. We consider thought leaders to be academics who have been ranked among the top 2% in their respective fields by citations in the Scopus database.

We found the percentage of female thought leaders in finance is lower than in economics and in the fields of science, technology, engineering and mathematics (STEM). It’s surprising since finance is a younger field than economics and so might be expected to be less traditionally male-dominated. The field of academic finance was carved out of economics in the early 1940s.

Our evidence on thought leadership is consistent with other evidence that women are less represented in finance academia than in economics. This is true at every level, from incoming PhD students through to full professors.

We see the under-representation of women in finance both among academics and more broadly. A 2020 Deloitte report noted:

“All but six of 111 CEOs at the 107 largest US public financial institutions (including four with co-CEOs) are men.”

Why are so few women in finance?

The fact that finance is less gender-diverse than other maths-intensive fields suggests standard arguments about women’s preferences with respect to STEM subjects cannot explain their low representation in finance.

Instead, we argue the culture of academic finance is less welcoming to women than it is to men. We provide two pieces of evidence for this argument.

First, we show that individual female thought leaders in finance have more impact than their male peers, as measured by citations per paper, their academic rank and a composite score of six citation metrics (total citations, H-index, Hm-index, citations of single, first and last-authored papers). This finding is especially striking given evidence that women’s research is less likely to be cited. Female thought leaders in finance also have relatively more impact than they do in economics or other STEM fields.

These results suggest the obstacles women face in finance are greater than in other fields. The individuals who overcome these barriers outperform their peers.

Lack of diversity is a handicap

The finance sector is a bedrock of the world economy. It’s the third-largest industry in Australia, accounting for 8% of economic output. The lack of diversity in thought leadership for such an important sector is problematic for several reasons.

Diversity of thought and innovation are linked. Lack of diversity means the finance industry may be less innovative than it could be.

The finance sector may also be less welcoming to women than it should be. The general public does not always embrace finance despite its importance. Stockmarket participation is low in some countries and demographic groups, as is financial literacy.

Trust in finance might be higher when finance professionals are more similar to members of the general population.

What can universities do about it?

Women are also less likely to enter the field of finance after graduating. They make up only 35% of MBA enrolments in Australia (41% in the USA). The absence of female thought leadership, role models and educators in finance may help explain women’s under-representation in MBA enrolment and in the finance sector.

To overcome the inequality of finance, the culture of finance academia must change. But culture cannot change on demand.

The leadership of academic finance associations and our universities should provide opportunities for introspection, reflection and discussion of these issues. We should start by discussing why academia seems to be focused primarily on producing more science, rather than better science.

We should also acknowledge the role of gatekeepers and take steps to diminish their influence. Universities, academic associations and journals should increase the transparency of their operations. The process through which positions of power are filled, like those of university deans and journal editors, should be transparent. Opportunities for individuals to exercise their voice without repercussion should be provided.

All these organisations must demonstrate a commitment to unbiased decision-making as a core element of good governance. Only when the rules of the game are clear can there be a hope of changing the rules to level the playing field.