FxWirePro- EURUSD trade weak due to increase in demand for safe-haven, good to sell on rallies 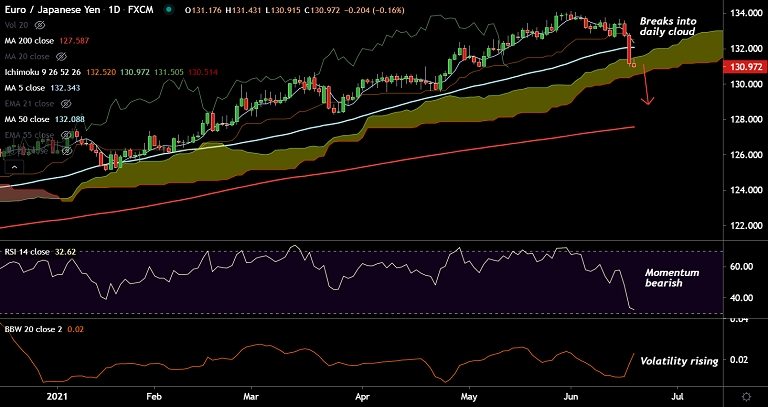 The Bank of Japan (BOJ) held status quo as widely expected following the conclusion of its two-day monetary policy review meeting on Friday.

The central bank kept the benchmark policy rate on hold at -10bps while maintaining its pledge to buy J-REITS at an annual pace of up to JPY180 bln.

The BOJ, also extended a deadline for its pandemic-relief programme beyond September by six months, in a continued effort to stimulate the fragile economy and tepid inflation.

On the other side, the Eurozone Consumer Price Inflation rate climbed 2.0% in May from 1.6% in April. The reading was the highest since October 2018 and surpassed the central bank’s target.

EUR/JPY price action has plunged into daily cloud after breaking 50-DMA support. Scope for test of 200-DMA at 127.58.