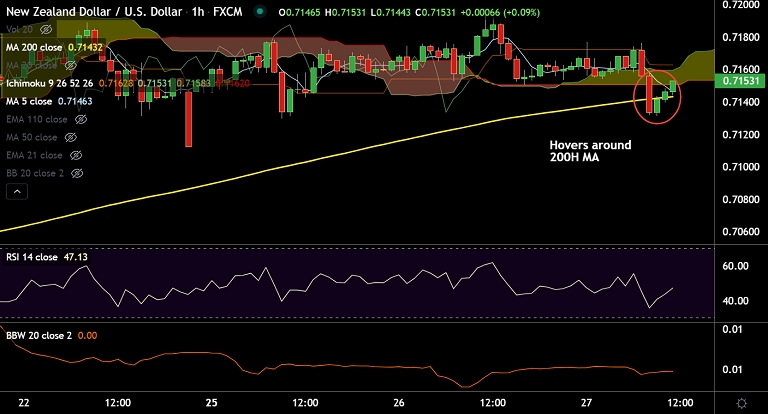 New Zealand (NZ) Trade Balance fell to $-2171M in September, an all time low. Data compared to a revised prior reading of $-2139M.

Details of the report showed Imports and Exports were better than their previous readouts as the former rose past $6.495 billion to $6.57 billion whereas the latter grew to $4.4 billion versus $4.351 billion.

Downbeat New Zealand Trade data, mixed market sentiment and strength in the US dollar weigh on the pair.

US Durable Goods Orders for September awaited ahead of the key US GDP figures due Thursday for further impetus.

Price action hovers around 200H MA, decisive break below will drag the pair lower. Next major support lies at 200-DMA at 0.7097.

5-DMA is immediate resistance at 0.7155. Failure to break below 200H MA negates any further downside.