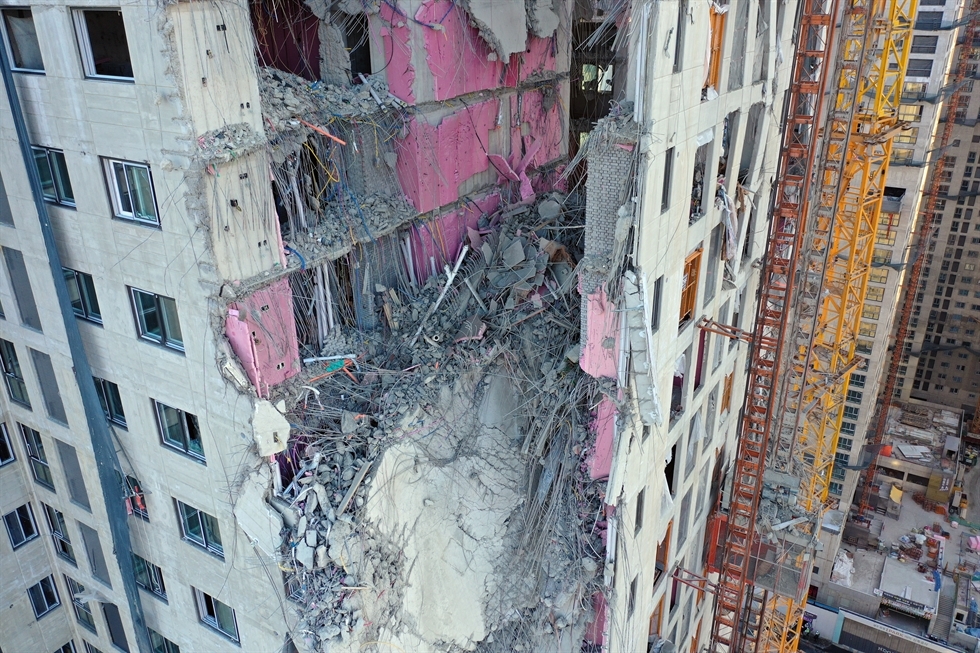 The fatal accident happened at a construction site in Gwangju, about 330 kilometers southwest of Seoul, the second for the company in less than a year.

HDC Hyundai Development Co. chairman Chung Mong-gyu offered to step down to take responsibility for the collapse of part of the facade on a 39-story apartment building that left one worker dead and five others missing.

The fatal accident happened at a construction site in Gwangju, about 330 kilometers southwest of Seoul, the second for the company in less than a year.

Chung admitted that they have caused great disappointment with the two recent accidents in Gwangju and vowed to establish and implement all measures to restore customer and public trust again.

Chung added that he may terminate the contracts for the buyers and completely demolish and reconstruct the apartments if the safety inspection finds there was a problem.

However, Chung said he will continue to "fulfill his duty" as the company's major shareholder.

Chung owns a 33.68 percent stake in HDC Holdings Co., which controls HDC Hyundai Development Co. and other chemical and retail affiliates under its wing.

In June last year, a five-story building collapsed on a city bus on an adjacent road during demolition by HDC Hyundai Development in a housing redevelopment project also in Gwangju, killing nine bus passengers and seriously injuring eight others.

The Gwangju government has suspended all five of HDC's construction projects in the city.

Shares in HDC Hyundai Development plunged 19 percent to 20,850 won on Jan. 12, a day after the accident. The shares plummeted 27 percent in the past four trading sessions to close at 18,750 won on Monday.

To prevent further decline, HDC Hyundai Development bought back over a million common stocks in the past three sessions.