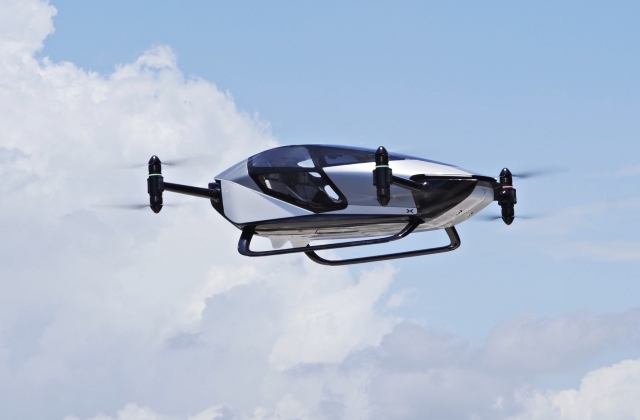 HT Aero unveiled its flying car, and it may be released to the market soon. The company is an affiliate of Xpeng, a Chinese electric vehicle maker, and the futuristic vehicle may be hitting the air space and roads in three years' time in 2024.

HT Aero debuted its new flying car that can also be driven on the road on Sunday, Oct. 24. According to CNBC, the vehicle features a lightweight body design, and it has a rotor that can be folded when needed.

Likewise, the foldable rotor will give owners the option for the mode of travel. If they prefer to fly, the rotors could be instantly expanded. The flying car maker also installed various safety features so that drivers can use their vehicles without worries. One of the features mentioned by the company is the parachutes.

HT Aero was able to raise $500 million just last week as high-profile firms have invested in its project. It was said that flying cars are also called the "electric vertical take-off and landing vehicles," and it has gained a lot of attention from both start-ups and established carmakers. Thus, it is no wonder that investors have flocked in to support the project.

At any rate, while there are plans to roll out the flying cars soon, it was noted that there are also some challenges for these types of vehicles, so their chance to be distributed on a wide-scale level is low for now. Aside from the safety issues, regulations for using them in public places are another thing to consider.

Bloomberg further reported that Xpeng also revealed more advanced technologies and products on top of the flying car during its "Tech Day." A prototype of a ridable robot horse was launched at the said event as well.

Finally, the company showcased its navigation-guided pilot too, and it was said that many users paid for this assisted-driving feature called XPILOT 3.0 that can be used on highways now. The sales from this technology boosted Xpeng's total revenue.

"Our exploration of more efficient, safer, carbon-neutral mobility solutions goes far beyond just smart EVs, and is the cornerstone of our long-term competitive advantages," Xpeng's chairman, He Xiaopeng, said in a statement during the Tech Day event on Sunday.