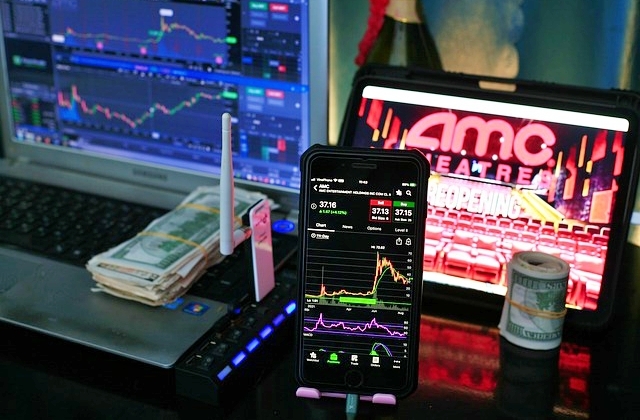 AMC Theaters is still so hyped up about cryptocurrency, and this is evident in the moves that the company is taking related to blockchain. In fact, after allowing customers to buy gift cards using crypto, the company’s chief dropped another news about its future plans for blockchain technology.

According to CoinTelegraph, AMC’s chief executive officer, Adam Aron, recently appeared for an interview with CNBC’s “Power Lunch” program, and it was there when he excitedly mentioned that they are considering the issuance of its own digital currency. He explained that there are many reasons why they may create their own cryptocurrency, but he did not share exact and concrete details about it.

And this is not all, the AMC chief said that the company still has so many ideas, and they are working on them at the moment. Aside from the potential issuance of its own cryptocurrency, Aron did not elaborate on what other schemes they are on right now.

Aron’s statements came not long after AMC Theaters started including blockchain technology in the business. In August, the company announced it would start accepting Bitcoin for movie tickets, and in September, the firm included Litecoin, Ether, and Bitcoin Cash in the acceptable crypto payments.

Earlier this month, the CEO opened a poll via Twitter to ask his followers if they would also like to add Dogecoin since many people noticed its absence on the list. Most of his followers voted for its addition, so Aron added it this month. Using the said digital currencies, customers will be able to purchase tickets and concessions at AMC Theaters by the end of this year.

As mentioned on Crypto Briefing, AMC is already accepting crypto payments for the purchase of gift cards. Lastly, it was suggested that if the movie theater chain indeed launches its own cryptocurrency token, it will definitely get the same amount of attention that it got, similar to its overwhelming stock-related news earlier this year.