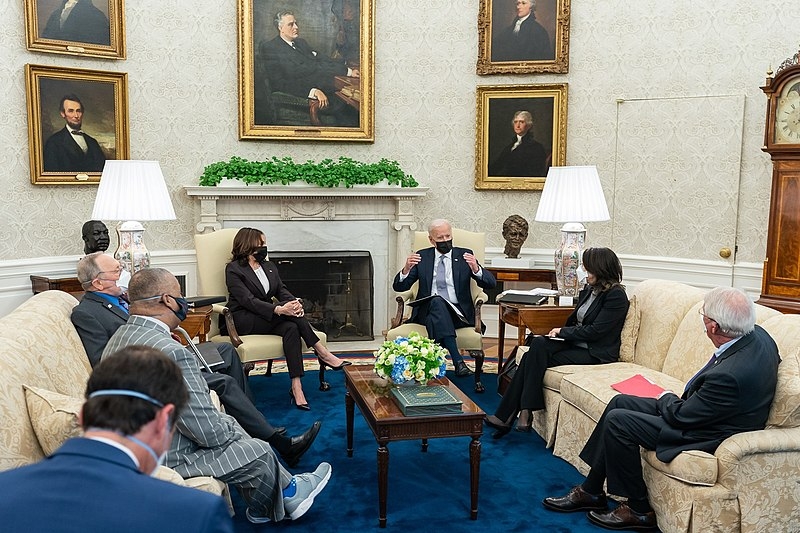 President Joe Biden is looking to get more lawmakers on board with his $2 trillion infrastructure bill. Seeking to get bipartisan support, Biden met with a group of lawmakers from both parties to discuss the proposal.

Biden met with a bipartisan group of lawmakers at the Oval Office on Monday to discuss the sweeping package that he plans to pass through Congress. Compared to the previous meetings with well-knowns including congressional leadership, the lawmakers Biden met with were not as known but have experience on infrastructure and are members of related committees. Biden said that he was prepared to negotiate on the extent of his infrastructure proposal and its funding.

Along with vice president Kamala Harris, the group was made up of four Democrats and four Republicans. From the Senators, Democratic Senators Maria Cantwell of Washington and Alex Padilla of California and Republicans Roger Wicker of Mississippi and Deb Fischer of Nebraska. From Congress, Democratic Representatives Donald M. Payne Jr. of New Jersey and David Price of North Carolina and Republicans Garret Graves of Louisiana and Don Young of Alaska were present at the meeting.

White House Economic Adviser Jared Bernstein said on CNN’s “New Day” that the lawmakers that were chosen to attend the meeting have a history of being part of committees that oversee the investments that they have said need to be made. This includes the electrical grid, broadband internet, and water infrastructure.

According to Price, despite already having discussions about breaking the piece of legislation into several parts in the hopes of having bipartisan support, there has yet to be progress in that aspect. Padilla said in a statement that the meeting was “an encouraging step” in the discussions of the infrastructure proposal.

In other related news, Biden recently nominated Tucson, Arizona police chief Chris Magnus and Ur Jaddou to lead two immigration agencies. This comes as Biden is currently facing an influx of migrants, leading to criticism from Republicans. Magnus is nominated for the post of US Customs and Border Protection Commissioner and Jaddou for the post of US Citizenship and Immigration Services Director.

Jaddou has already been heavily speculated to lead the USCIS, the agency in charge of the legal immigration system. Jaddou previously served in the Obama administration as the agency’s chief counsel and led the Biden-Harris DHS transition review team.