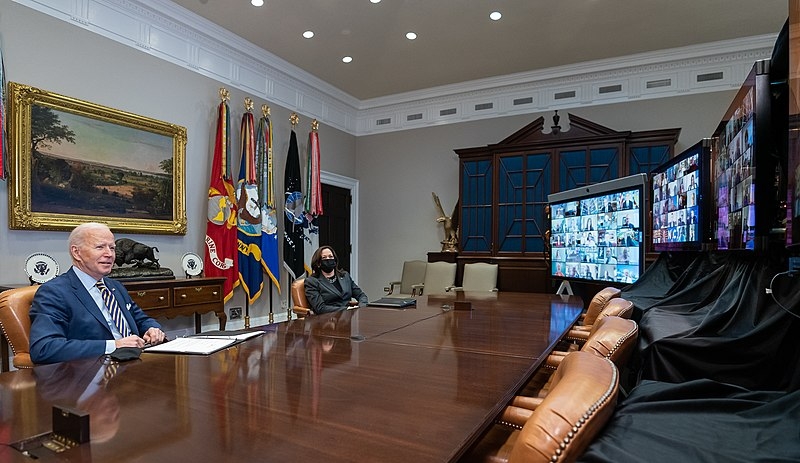 Two mass shootings have already occurred in the US, increasing calls for gun control or reform. Joe Biden has announced half-dozen executive actions in response to the gun violence that is plaguing the country.

Speaking from the White House Rose Garden, Biden announced the executive actions he is taking to advance gun reforms while also challenging Congress to pass new laws on gun safety. Despite Biden’s announcement of executive actions, lawmakers at the Capitol have yet to reach a consensus, making gun safety and control a highly debated topic in the chambers. This is especially evident as the Democratic party holds thin majorities in both the House and the Senate, with the Senate being evenly split.

“They can do it right now. They’ve offered plenty of thoughts and prayers, members of Congress, but they have not passed a single new federal law to reduce gun violence,” said Biden. “Enough prayers, time for action.”

This announcement follows weeks after two mass shootings occurred in Atlanta and Colorado. It also comes in the wake of a most recent shooting that occurred in South Carolina, as a local doctor and two children were among the five victims according to authorities.

With an evenly divided Senate, the Democratic party would require total unity to be able to pass the recent gun-related bills by the House. The party’s majority powers hang in the balance as West Virginia Democrat Joe Manchin, who has stated that he has opposed the two bills that were passed. In an op-ed piece, Manchin has also opposed the increasing calls by his fellow Democrats to eliminate or weaken the Senate filibuster.

In other news, the Biden administration is looking to request $715 billion for the Pentagon this coming year. This would be higher than the current level but below the numbers projected by the Trump administration in its final budget. The amount increased in the budget may draw criticism from both parties as Republicans seek to increase the budget and progressive Democrats who want to implement budget cuts in that department.

The White House is expected to release the general outline of its fiscal 2022 budget submission on Friday.