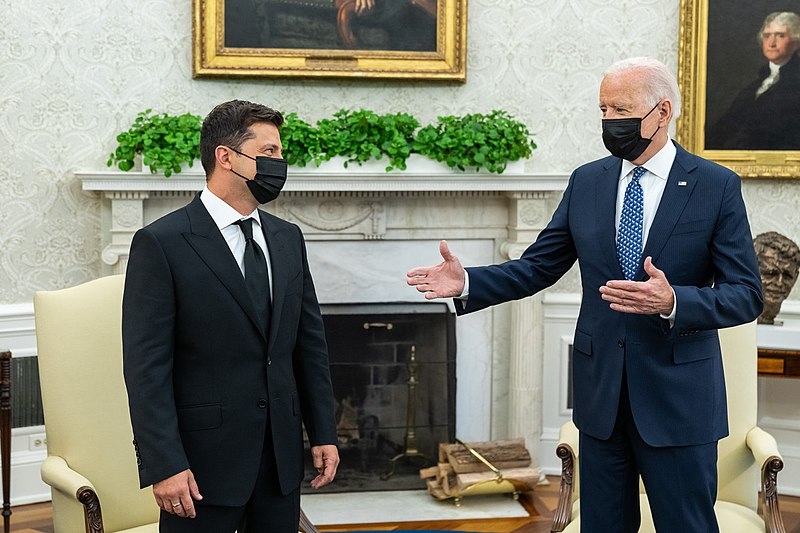 This week, US President Joe Biden met with Ukrainian President Volodymyr Zelensky at the White House. During the meeting, Biden assured his counterpart that the US will be a more reliable ally to the country moving forward.

Biden hosted Zelensky at the White House, in what appears to be a long-sought-after meeting between the two leaders, and Biden’s first meeting with the Ukrainian leader as president. Biden also assured Zelensky that the US remains an ally of Ukraine in the midst of tensions with Russia. The US leader also noted his concerns about the increasing aggression from Russia in the region, at the eastern border.

Zelensky, who was among the figures that were caught up in the first impeachment of Biden’s predecessor Donald Trump, came to Washington in the hopes of receiving more military aid and support for Ukraine becoming a NATO member country. The meeting was also postponed by two days as Biden and his national security team was overseeing evacuation efforts in Afghanistan. The withdrawal also raised questions among critics on whether the US remains to be a reliable country, which Biden tried to shut down in his assurance to Zelensky.

Prior to the meeting with Zelensky, the Biden administration said that it was allocating $60 million in new military aid to Ukraine. The administration also notified Congress of the importance of the aid for Ukraine, citing Russia’s increasing military presence in the region along with provocations that have been occurring.

Previously, Iran’s Supreme Leader Ali Khamenei criticized Biden, saying that he is no different from his predecessor, and also criticizing the US for its behavior towards the 2015 nuclear deal with the country. Khamenei called Biden a “predatory wolf” and that the US acts like Iran was the one who left the nuclear deal when the US withdrew from it in 2018. Khamenei added that the European countries that have also joined in the deal are no different from the US as well.

Khamenei’s comments come ahead of the upcoming meeting between Iran, the US, and other nations in Vienna over nuclear talks.