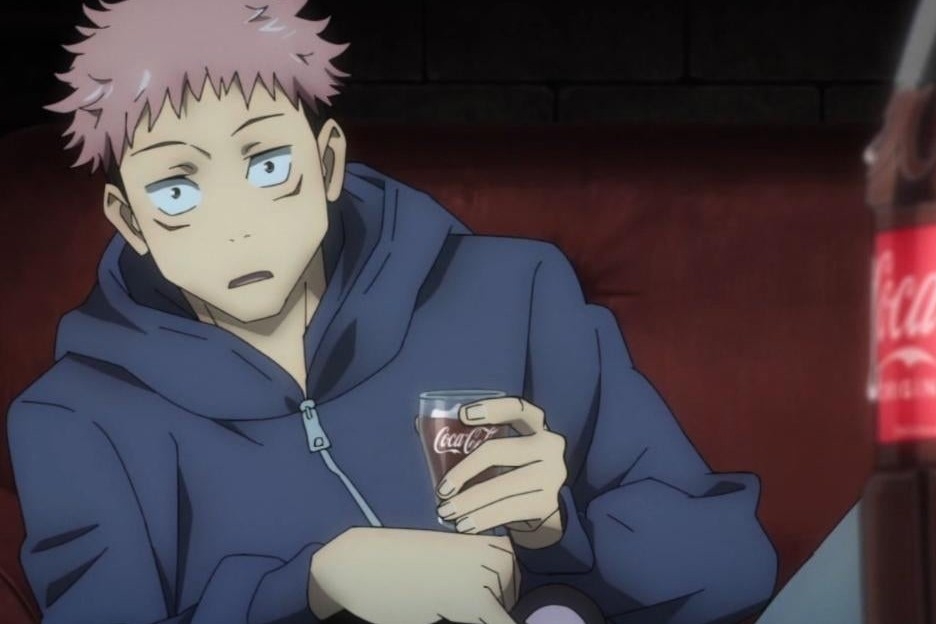 The Coca-Cola commercial sees the main story protagonist  Yuji Itadori watching the film while enjoying the beverage before he’s punched by the same training doll he had to overcome before.

Jujutsu Kaisen has debuted a commercial in an official collaboration with Coca-Cola for the new Jujutsu Kaisen 0 movie, dropped in theaters in Japan on December 24th.

The Coca-Cola commercial sees the main story protagonist Yuji Itadori watching the film while enjoying the beverage before he’s punched by the same training doll he had to overcome before.

Itadori will not appear in the film, as it takes place a year before he is introduced to sorcery.

Additionally, collaborative Coca-Cola merchandize is being released in Japan including cups and an assortment of plastic sleeves and file folders given for free when purchasing select Coca-Cola products at the supermarket.

The movie takes on the prequel series set before the events of the main story, fleshes out some very important pieces of the past while dropping big hints about the future of the series.

The new studio MAPPA film follows student Yuta Okkotsu, who becomes a sorcerer under the guidance of Satoru Gojo to learn how to control the Cursed Spirit of his childhood friend Rika.

Jujutsu Kaisen 0’s box office performance has touted that it has done pretty well for itself over the holiday.

There has yet to be any word on a potential international release for the new movie just yet.