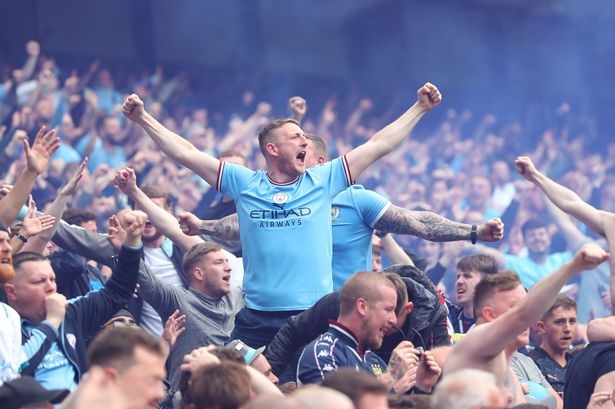 Manchester City is tracking the emotions, physiology, and movement of supporters during a match by using a ‘connected scarf’ which has an ‘EmotiBit’ bio sensor discreetly located on the neck

The scarf was conceptualized with agency Octagon alongside the club’s technology partner Cisco.

A temperature sensor is utilized to monitor emotional reactions during a match, while an electrodermal activity (EDA) sensor, the same technology used for lie detection, assesses nervous system responses caused by cognitive and emotional arousal.

Chintan Patel, chief technology officer for Cisco UK and Ireland, explained that they now have the data to prove that being a true passionate fan is physiological, it has nothing to do with how many games you attend or where you are in the world

When an individual's four data streams are joined and pooled with those of thousands of followers, it's possible to understand how a collective crowd reacts to events like goals, tackles, and refereeing decisions.

These data points may, of course, be collected using more typical wearable technologies, but the usage of a scarf is meaningful given its historical links to soccer. The technology was tested in the final weeks of Manchester City's championship-winning season last year, with the goal that the findings will help the club to be more inclusive and provide new, more personalized experiences for supporters in the future.