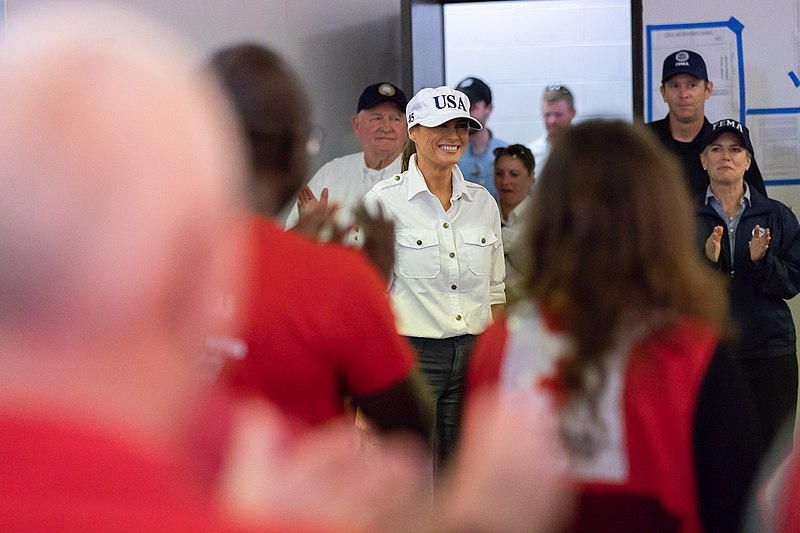 Former first lady Melania Trump appears to not be very lucky when making charitable contributions. Mrs. Trump lashed out in response to a computer science school’s rejection of her contribution.

In a statement on her website, the former first lady criticized the rejection of her charitable contribution to a computer science school in Oklahoma. Mrs. Trump said she was “disappointed but not surprised” and that it was “politically-motivated.” The former first lady made a contribution to the school on behalf of her “Fostering the Future” foundation, which is part of her Be Best initiative.

Mrs. Trump also noted that this is the third time a charitable contribution of hers was rejected. Back in 2017, the now-former first lady attempted to donate Dr. Seuss books to the Cambridgeport elementary school library in Massachusetts. However, the librarian, Liz Phipps Soeiro turned down the donation and doubled down on her rejection of the books, citing how the illustrations in the books have roots in racist propaganda and stereotypes.

The former first lady then concluded her statement by accusing critics and claiming that the rejection of her contribution is an attempt to “cancel” her.

“Those who attack my initiatives and create the appearance of impropriety are quite literally dream killers,” said the former first lady in the statement. “They have canceled the hopes and dreams of children by trying to cancel me.”

Prior to making a charitable contribution, the former first lady has also come under scrutiny for the charity that would donate on her behalf. The state of Florida was previously reported to be investigating an upcoming fundraiser that Mrs. Trump is hosting, as her charity was not registered in the state, as required by Florida law.

The report by the New York Times revealed that Mrs. Trump was set to host a high tea fundraising event in Naples, Florida. The event would raise money for “Fostering the Future,” and tickets to a VIP seat are priced at $50,000 while patron tickets are being sold at $3,000.

Officials at the agency in charge of overseeing charity fundraisers confirmed to the newspaper at the time, that there was no registered charity of the same name, and they are looking into the matter.