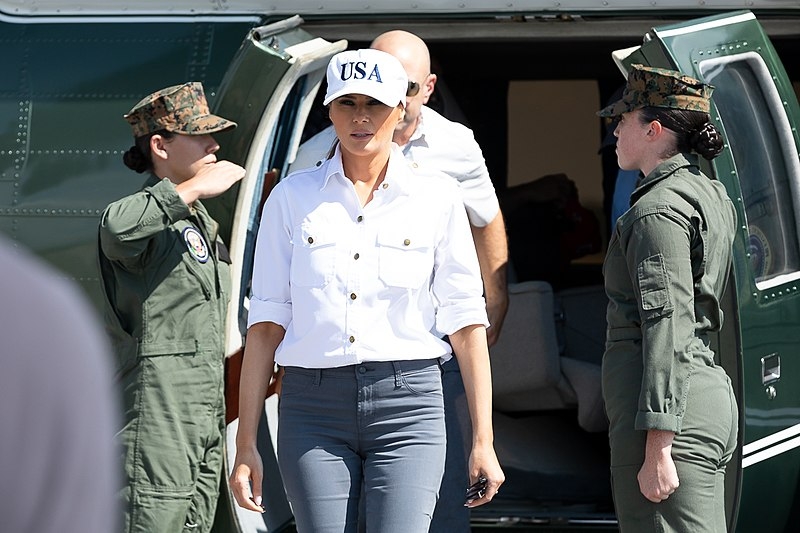 Former first lady Melania Trump has mainly stayed out of the public eye since leaving Washington in January. Mrs. Trump recently took to social media to celebrate the anniversary of the digital currency Bitcoin despite her husband Donald Trump’s views.

This week, the former first lady went on social media to celebrate the 13th anniversary of Bitcoin, the growing digital currency. Mrs. Trump’s promotion of the popular digital currency follows her husband’s repeated criticism of Bitcoin and cryptocurrency.

In June 2021, Mrs. Trump’s husband described Bitcoin as “a scam against the dollar.” In October, the former president stressed his criticism of the cryptocurrency again during an interview on Fox News.

Regardless of her husband’s views, Mrs. Trump appears to be taking an interest in cryptocurrency technology and has created her own non-fungible token, or NFT. NFTs are artworks built on blockchain technology that is supposed to be bought and sold as financial assets.

To note, many of those who have backed Bitcoin has benefited from the cryptocurrency and become very wealthy. Despite the benefits, the digital currency’s early promises of becoming a currency that has no government control have yet to come true.

In other related news, the former first lady is set to auction items, including her NFT, to interested buyers. Mrs. Trump is auctioning off the white hat she wore during the visit of French President Emmanuel Macron and his wife Brigitte Macron to the White House in 2019. Aside from the hat, a watercolor work by French artist Marc-Antoine Coulon would also be auctioned off along with an “exclusive NFT artwork with animation.”

Mrs. Trump’s office says the money would go to an initiative that is part of her Be Best program. How much would be donated was not disclosed. The three items have an opening bid of $250,000 and would be made in SOL, which is a form of cryptocurrency.

The white hat was custom-made for the now-former first lady by her personal stylist Herve Pierre and was designed to match the Michael Kors collection suit she wore during the visit of the French first family.