Myanmar coup: G7 condemns executions of activists by the junta 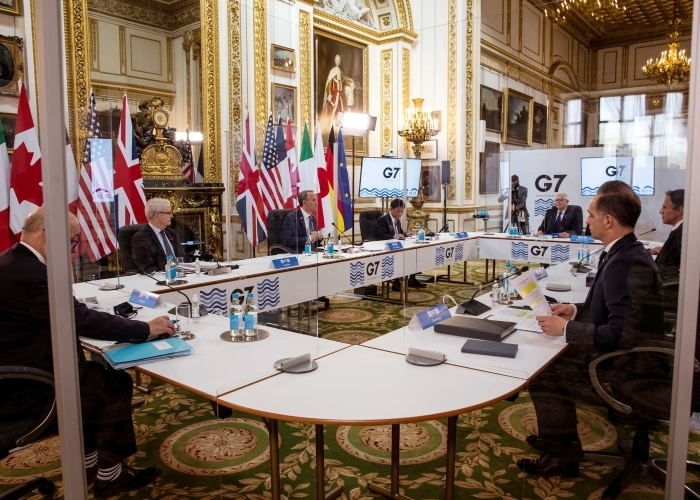 Myanmar’s junta government remains under fire for its recent executions of four activists. In what is the latest condemnation of the junta, the G7 group of countries issued a statement calling for the military government to stop its “arbitrary executions.”

The foreign ministers of the G7 countries issued a joint statement Thursday condemning the executions of four activists by the junta government of Myanmar. The statement, published by the British government, called on the junta to stop such executions and release its political prisoners.

“These executions, the first in Myanmar in over thirty years, and the absence of fair trials show the junta’s contempt for the unwavering democratic aspirations of the people of Myanmar,” said the statement.

“We continue to condemn in the strongest terms the military coup in Myanmar and express deep concern about the political, economic, social, humanitarian, and human rights situation in the country.”

Myanmar continues to undergo civil and political unrest since the generals seized power and overthrew the elected government in February last year, leading to widespread protests in the country. The military engaged in a brutal crackdown on the protests, killing hundreds and detaining thousands of those who opposed the regime.

The United Nations Security Council also condemned the executions Wednesday and also called for the release of arbitrarily detained prisoners, including the country’s ousted leader Aung San Suu Kyi. The council issued a statement approved by all 15 members, calling for dialogue and reconciliation as per the will of the people in Myanmar.

The military had defended the executions the day before, saying that the move was “justice for the people” in an attempt to dismiss international criticism, including that from its own neighbouring countries.

Malaysian foreign minister Saifuddin Abdullah said the executions were a crime against humanity and that the junta made a “mockery” of the ASEAN five-point peace agreement Tuesday.

Saifuddin also questioned the timing of the executions at the time, saying that it was done a week before the meeting of the 10-member ASEAN bloc, which also condemned the executions.

Saifuddin also said Myanmar should not be allowed to send political representatives to any international meetings, reiterating Malaysia’s call for junta officials to be banned from ASEAN summits until progress was made.