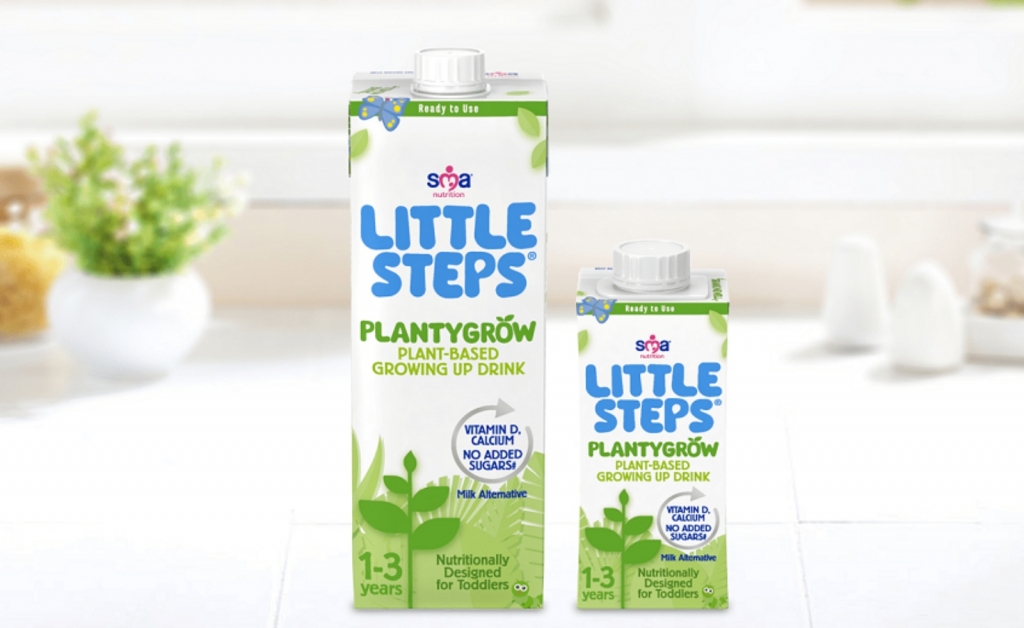 Nestle unveiled new plant-based milk for toddlers developed by SMA Nutrition. The new drink is fortified for optimal growth of young children, and it has been launched in Tesco and ASDA stores in the United Kingdom.

SMA Nutrition is owned by Nestle it announced the expansion of its milk range with the addition of the plant-based "Little Steps" infant nutrition milk. This new brand is a Plantygrow Growing Up Drink that is suitable for toddlers with ages one to three.

As mentioned on Plant-based News, this plant-based milk for children is not an alternative to breast milk or infant formula. Parents must note that this drink is only designed to support a balanced diet for the little ones. This can be used as a standalone drink, mixed with cereals, or as a smoothie base.

This follow-on milk is a good source of essential vitamins, calcium, and iron. It has been fortified with omega-3, vitamin D, iodine, omega-6, and more, so it is a great alternative for parents who prefer to give their children drinks without animal milk or due to allergies.

Then again, nutritionists have advised parents that it would be better if they would consult with a doctor first before initiating a vegan diet for their toddlers. It is highly recommended for parents to seek nutritional advice, especially if the children are entering the weaning stage, regardless of dietary preferences.

"Consumers are increasingly choosing plant-based milk alternatives for themselves and looking for options that contain the added nutrients their growing toddlers need," SMA Nutrition's managing director, Vicky Woods, said in a press release. "We know that every day toddlers are growing, learning, doing something new and overcoming little challenges."

She went on to say that "We want to help support toddlers' development, as part of varied and balanced diet, while they have fun and get on with living their best life! Setting them on the right track to a bright future."

Meanwhile, the new plant-based toddlers' milk formulated by Nestle's SMA Nutrition is now in stock at Tesco and Asda outlets across the U.K. The Little Steps Plantygrow Growing Up Drink is currently available in convenient on-the-go 200 ml. cartons, and soon it will also have a 1-liter size with a resealable cap at Asda. This plant-based milk jas no added sugars and uses corn, barley, oat, and rye as base ingredients.