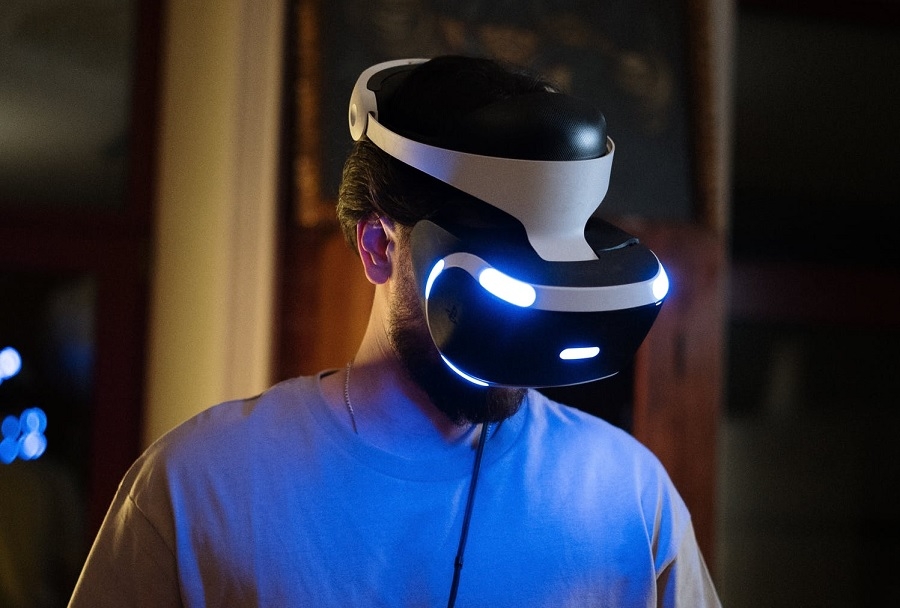 Sony confirmed earlier this year that it has started the development of the next-generation of PlayStation virtual reality hardware that many call PSVR 2. Aside from upgrading technical specifications of the headset of controllers, the company reportedly wants to focus on offering hybrid AAA games, along with remastered titles.

The YouTube channel PSVR Without Parole said in a recent video that Sony hosted a private conference on Tuesday where the company discussed its plans for the PSVR 2. Upload VR reported that it “independently verified” and can confirm that the event, indeed, took place.

Sony is reportedly aiming to beef up the games library for the upcoming VR hardware. Instead of just offering VR experiences to leverage the product, the PlayStation maker hopes to “focus on console quality AAA titles.”

To achieve that, Sony is hoping to launch the PSVR 2 with “hybrid games” that fans can play on the VR headset and their TV screens. These games, once they enter the market, might give players an option to just download the version they need, whether they intend to view it on the screen or the VR headset.

The same source said Sony did not discuss backward compatibility during the event. However, part of the company’s plans is to offer remastered versions of PSVR 1 games. And considering the reported technical upgrades planned for PSVR 2, fans are likely going to appreciate this strategy if it ever materializes.

Some previously reported specs were mentioned in the same event, per the PSVR Without Parole. The hardware, which Sony called “NGVR” or next-generation VR during the conference, is expected to sport Fresnel OLED screens with 2000 x 2040 resolution per eye. That means the headset would offer a 4K HDR experience.

Sony is also looking to increase the field of view in PSVR 2 to 110 degrees. Aside from using the foveated rendering and eye-tracking technology, the company is also reportedly planning to utilize a flexible scaling resolution technique.

The YouTube channel reiterates earlier rumors that the PSVR 2 headset will have motors to produce haptic feedback, while Sony is also expected to bring adaptive triggers to the VR controllers. These are two of the fan-favorite features Sony added to the PS5 DualSense controller.

A release date or launch timeline for the PSVR 2 was not provided in the meeting. But Sony is expected to provide launch details sometime in early 2022.