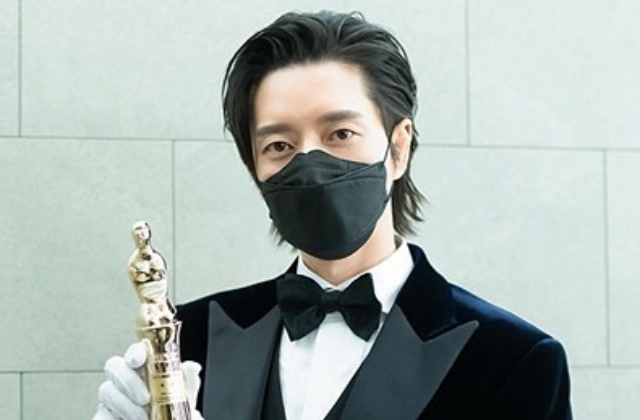 Park Hae Jin has been in the entertainment business since 2006. He is an actor who has starred in many dramas, but it was only this year that he was able to get a Daesung, which is the grand prize in South Korea’s award ceremonies.

Hae Jin’s biggest award yet in the Korean entertainment

At the recent 2020 MBC Drama Awards, Park Hae Jin was finally recognized for his acting skills after taking home the top award of the night. The actor competed with other veteran great actors, so it was really a meaningful win for the 37-year-old star.

On Dec. 30, he received his trophy in person at the MBC Public Hall. He won the grand prize for his role in the drama called “Kkondae Intern,” which also won the Drama of the Year award.

“I’m not sure if it’s okay for me to receive this award. It’s the Daesang, and I feel a weight on my shoulders,” Soompi quoted Park Hae Jin as saying in his acceptance speech.

He added, “This was my first project with MBC since I received the Best New Actor award 12 years ago in 2008. Thank you for this great award.”

Meanwhile, the winners have been posted by Han Cinema and the awardees in this year’s MBC drama awards, aside from Park Hae Jin, include Im Soo Hyang for the Top Excellence Award.