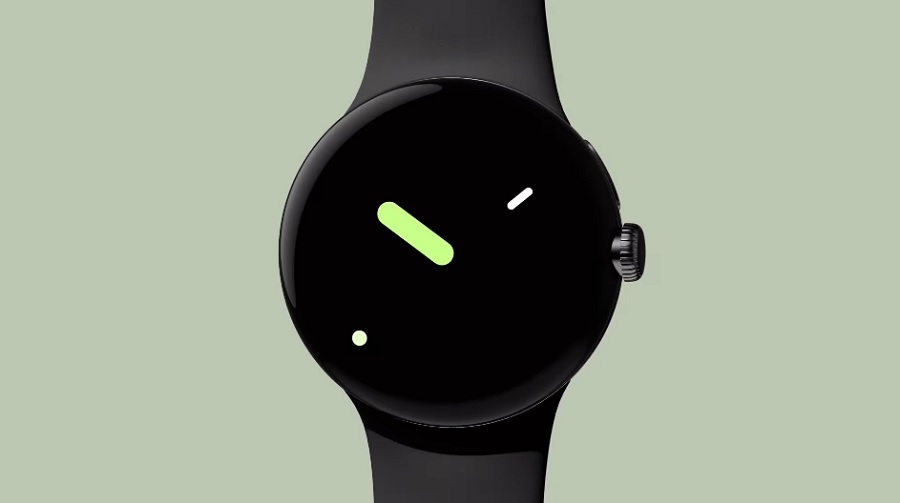 It was not much of a surprise when Google unveiled the Pixel Watch at the opening of the I/O conference on Wednesday, thanks to multiple leaks that appeared in the wild over the past year. But the smartwatch’s announcement was still a nice confirmation that the company is expanding its Pixel ecosystem to include its first watch.

During the event, Google revealed the official design of the Pixel Watch and it may have not been surprising for those following the leaks. The design unveiled earlier this week is almost identical to the renders leaked by Jon Prosser last year. Google confirmed that the Pixel Watch will sport a round domed design with “a tactile crown.” The company said the watch’s body is made of recycled stainless steel and its future owners can choose from an array of customizable bands from Google.

Google also confirmed that Pixel Watch will launch with an updated version of the Wear OS 3 and that the watch will have native Google apps, including Maps, Assistant, Wallet, and Home. Much of its health-tracking features will be made possible through Google’s partnership with its subsidiary Fitbit. It is unclear, though, if Google will bring Fitbit’s AFib monitoring to the Pixel Watch or if the advanced health detection feature will remain exclusive on Fitbit-branded watches.

For the operating system, the Pixel Watch website indicates it will offer a new experience. At the moment, that appears to translate to an improved UI. The updated Wear OS 3 is also said to be “reimagined to feel fluid, and made especially for the iconic circular design,” which hints at an enhanced experience in navigating apps on the watch.

While much of the design of the Pixel Watch has leaked for a long time now, Google managed to keep most details about its technical specifications under wraps. And the company did not provide information on its specs either during this week’s event. This was not surprising, though, since the Pixel Watch is not slated to launch until fall this year. This means the smartwatch could enter the market at the same time as the Pixel 7 series.