The Korea Customs Office will decide whether to allow the imports of full-body dolls of the new type depending on the court’s future rulings. 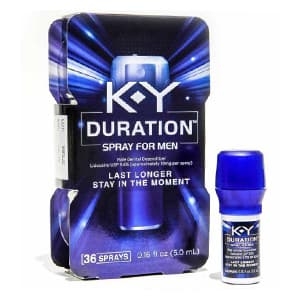 Absorption Pharmaceuticals LLC failed to show that the information at issue was protected as a trade secret or that Reckitt acted dishonestly during the company's acquisition negotiations, according to the jury.

Las Vegas-based Absorption had sought more than $450 million in damages. Reckitt had no

In a 2017 lawsuit, Absorption claimed that its Promescent lidocaine spray could treat premature ejaculation in the same way that Viagra treated erectile dysfunction. Absorption claimed it shared secrets with Reckitt during discussions about a possible acquisition.

Reckitt and Absorption finished their negotiations in 2015, and K-Y Duration commenced production in 2016. Reckitt also allegedly coerced Amazon and Target to lower Promescent's visibility in an attempt to drive the company out of business.

Reckitt also committed fraud, according to the lawsuit, by making misleading assertions about its intentions to buy Absorption, which persuaded it to reveal its secrets and turn down an offer to be acquired by another business.

In a court filing this month, Reckitt contended that it had not misled Absorption and that it had failed to discover any stolen trade secrets.