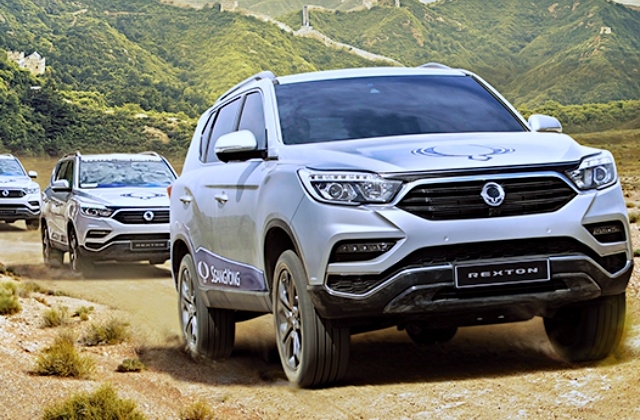 Ssangbangwool Group is now a new bidder to acquire the embattled SsangYong Motor. The bidding was opened again after Edison Motors was not able to take the company due to its failure to complete the acquisition payments on the set due date.

According to The Korea Times, the underwear and apparel manufacturer said a few days ago that it has conveyed its intention to buy SsangYong Motor via EY Hanyoung accounting company, the lead manager of the deal. Ssangbangwool Group is now planning to forward its formal letter of intent to the accounting firm next week as its next step.

The company revealed that it has actually signed an LOI already, and Kanglim will be leading a consortium to secure around ₩1 trillion deal to buy the Korean automaker, which is under court receivership since April 2021.

"It is true that we have officially entered the bid to acquire SsangYong Motor and we are actively considering it," the spokesperson of Ssangbangwool Group said in a statement. "We already expressed our intention to EY Hanyoung and plan to submit a letter of intent sometime next week."

A company official added that they have sufficient funds for the take over of SsangYong Motor and he apparently mentioned this to let the automaker know the failed sale to Edison Motors will not happen again. "After we submit an official letter of intent next week, we will be able to elaborate on the amount involved in the acquisition of SsangYong Motor," he said.

Ssangbangwool Group will be pushing for the purchase of the car manufacturer by forming a consortium consisting of its leading affiliates, such as the heavy-duty vehicles and equipment maker, Kanglim. Its entertainment subsidiary, IOK Company, is also expected to participate along with Nanos, its optical component producer subsidiary.

Meanwhile, Pulse News reported that Ssangbangwool Group's (SBW) shares shot up by 29.49% to ₩1,010 or $.083 in the morning trade after the news of its bid on SsangYong Motor was reported. The company's shares went up, and its Kanglim Co. affiliate also saw an increase in its daily ceiling of ₩3,510.

iOK Company also gained 19.84% while Nanos 18.14%. Finally, investors of the company were reported to have cheered on the acquisition news of SsangYong as well as the recent gains in stocks.