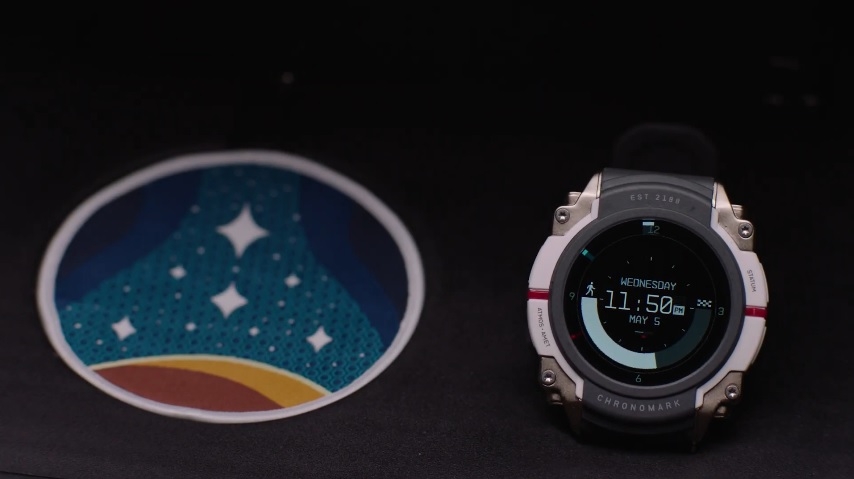 Bethesda is still months away from the official launch of “Starfield,” so details about its pre-order editions are still under wraps. However, the space RPG is expected to have a Collector’s Edition that, according to a new leak, might include a real smartwatch.

A user manual for an unknown “Chronomark Smartwatch” to be reportedly made by The Wand Company surfaced online last week. Now, Reddit user u/SquiddyVon has reportedly found new images of the same watch, further showing that it could be a special product to be released as a tie-in with “Starfield” through a Collector’s Edition release.

The watch’s design is identical to the “Chronomark Planetary Expedition Instrument” that appears to be a watch and can be briefly seen in the “Starfield” teaser trailer released last June. The same equipment also appears in the 1:33 mark of a behind-the-scenes video from Bethesda.

While the device is expected to be a smartwatch, its UI resembles an analog watch more so it looks more like a space instrument. The new images and user manual shared by SquiddyVon suggests the “Starfield” watch will show Welcome Screen with the logo of the Constellation organization. Bethesda previously confirmed that, while the game features a diverse set of factions, players will assume the role of one of the last space explorers as a member of the Constellation.

The leaks also suggest the “Starfield” watch would feature a dedicated screen with the sunrise, sunset, and moon phase information. There also appear to be several sensors that allow the watch to display a barometer and information about temperature, humidity, and precipitation. A portion of the alleged user manual reads, “Barometric reading is very accurate and will measure and change with vertical movement of the watch.”

Another image from the recent leak shows the supposed “Starfield” smartwatch from The Wand Company uses the model number LPV6 and has been assigned with FCC ID 2AFJA-LPV6. The Settings menu suggests it will support Bluetooth connectivity.

Bethesda plans on releasing more details about “Starfield” in a presentation in the summer. And details about the game’s supposed Collector’s Edition and other pre-order bundles could be released around the same time. “Starfield” is currently scheduled to launch on PC and Xbox Series X/S on Friday, Nov. 11.