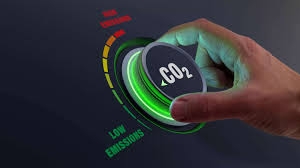 The government of South Korea plans to invest 474.4 billion won next year to help 2,500 small and medium-sized enterprises become carbon neutral, and expand support by 10 percent every following year to subsidize as many as 5,400 companies by 2030.

The government also hopes to raise a unicorn company by selecting innovative ventures and startups in the green sector.

Also part of the goal is to raise three preparatory unicorn enterprises, which are valued between 100 billion and 1 trillion won, and 10 baby unicorn companies, valued at less than 100 billion won.

As such, 100 hopeful business candidates would be selected for the ‘Green New Deal’ next year for R&D and business development subsidies.

The government also plans to select 20 regulation-free special zones for carbon neutrality by 2025 to expedite the development of low carbon, eco-friendly technology.

Companies will also receive government help for transitioning from high-carbon to low-carbon emissions.