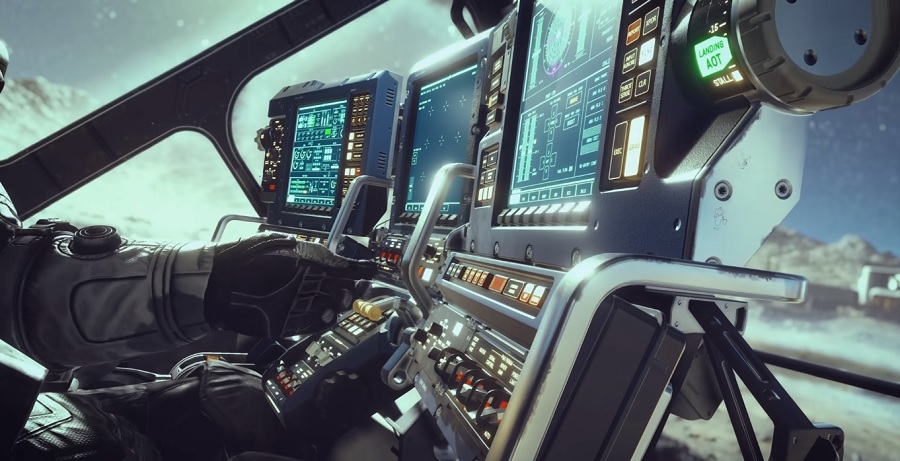 A “The Elder Scrolls 6” Easter egg may have been included in the “Starfield” teaser trailer. | Photo credit: Bethesda Softworks / YouTube screenshot

“The Elder Scrolls 6” was a no-show at the Xbox-Bethesda E3 2021 showcase, just as expected. However, Bethesda may have included a very subtle nod to the upcoming game within the new teaser trailer of “Starfield.”

Shortly after the release of the “Starfield” teaser trailer, a fan on Reddit pointed out a possible “The Elder Scrolls 6” Easter egg. At the 1:17 mark of the video, the main protagonist appears to power up the spaceship, and the video offers a closer look into the sophisticated controls and dashboard. In the side panel of the dashboard, the fan noticed a very small marking that many may have thought was just a random scratch.

Upon closer inspection, though, the Reddit user noted that it looks very similar to the layout of the High Rock and Iliac Bay locations in “The Elder Scrolls” map. The etching does not appear anywhere else in the video. But side-by-side comparisons of the marking and the gameplay map offer a clearer view that the two are quite identical.

The “Starfield” Easter egg covers the areas of High Rock and Hammerfell from the map of “The Elder Scrolls.” It can be recalled that Hammerfell has been one of the widely speculated main locations for “The Elder Scrolls 6.” It led to even more rumors when ZeniMax submitted a trademark application for “Redfall,” which many fans thought at the time was a reference to the Redguards — the race of humans residing in Hammerfell.

The Xbox-Bethesda showcase confirmed that “Redfall” is a completely different game being developed by Arkane. But the Easter egg found on the “Starfield” teaser trailer might be suggesting that Hammerfell is back as one of the most likely locations for “The Elder Scrolls 6.”

Xbox head Phil Spencer has assured fans that the game is one of the biggest developments Bethesda and Xbox have at the moment. “We also have some of the industry’s best RPG storytellers working on ‘Avowed,’ ‘Fable,’ ‘The Elder Scrolls Online,’ ‘Fallout 76,’ ‘The Outerworlds 2,’ and ‘Elder Scrolls 6,’” Spencer said before closing the Xbox-Bethesda event last Sunday.