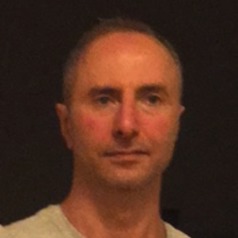 David Frost, the UK Brexit minister, has expressed discontent with the implementation of the Northern Ireland Brexit protocol. This is the trade arrangement at the heart of controversies over trade between the EU, Great Britain and Northern Ireland. Frost has threatened to trigger an emergency brake known as article 16, or even to completely renege on the protocol. But triggering it would have wide-reaching consequences.

Since the beginning of Brexit negotiations, both the EU and UK recognised the need to avoid a hard border between Ireland and Northern Ireland. This was to preserve the 1998 Good Friday Agreement.

The EU and UK were aware that the implementation of the protocol could lead to difficulties and problems. This is why they set up a system of joint committees (UK and EU) to discuss issues arising from the protocol and to provide an opportunity for compromise.

The protocol provides that both the EU and UK can unilaterally take “safeguard measures” if its implementation leads to durable and serious economic, societal or environmental difficulties or to diversion of trade. This safeguard is known today as article 16.

Article 16 does not specify what such safeguard measures are. In international trade, they can refer to temporary tariffs, quotas or other measures designed to avoid a country suffering serious harm. Some considerations are helpful to understand article 16 of the protocol.

First, while the EU or the UK can unilaterally take safeguard measures, the other party can respond with proportionate measures to remedy any imbalance between rights and obligations created by the safeguard. Effectively, this could lead to a trade war where the other party would also take measures, such as imposing quotas and tariffs.

In any case, it must be stressed that such safeguard measures do not include tearing up the protocol and replacing it, as has been suggested in the press. In this respect, the protocol makes it clear that the people of Northern Ireland, through a democratic vote, will decide whether the protocol should remain in force in the future.

Secondly, before taking such measures, the EU and UK must attempt to find a common solution. In this case, there is a one month waiting period, starting from the date on which either the EU or the UK advises the other that it intends to take such measures. The protocol also says that any measures taken shall be discussed every three months.

Finally, the protocol is silent on the meaning of “serious economic, societal or environmental difficulties” or “diversion of trade” – the conditions under which the UK or the EU can legitimately adopt safeguard measures. The protocol does not offer any quantitative or qualitative criteria to define these difficulties.

Why the protocol is different

Safeguard measures are not unknown in international trade, for example, within the General Agreement on Tariffs and Trade/World Trade Organization (GATT/WTO) regime. These may be adopted when unforeseeable developments and circumstances connected with trade liberalisation result in an increase of an imported product, causing (or risking) serious injury to domestic producers.

It would be tempting to rely on GATT/WTO case law to define “serious economic, societal or environmental difficulties” as mentioned in article 16. After all, they both refer to “safeguard measures”. However, this would be a mistake for two reasons.

First, the problems arising from the protocol are not unforeseeable, as they were widely predicted when it was signed. Secondly, unlike GATT/WTO safeguards, article 16 measures do not refer to an injury to domestic producers resulting from an increase of imports.

The reality is that the underpinning goal of the protocol is radically different from an international trade agreement, and lies in the need to preserve the Good Friday Agreement and EU regulatory standards on goods. To be legitimate, any safeguard measure taken under article 16 must take this into account.

The article 16 safeguard measures are new and therefore there are no precedents to rely on to understand how they would work. While there may be different interpretations on the appropriate conditions to take such measures, there is little doubt that they will result in tariffs and quotas.

Invoking article 16 should be done responsibly. An unjustified triggering of article 16 from the EU or UK will bear serious economic consequences, and will be detrimental in terms of international credibility.