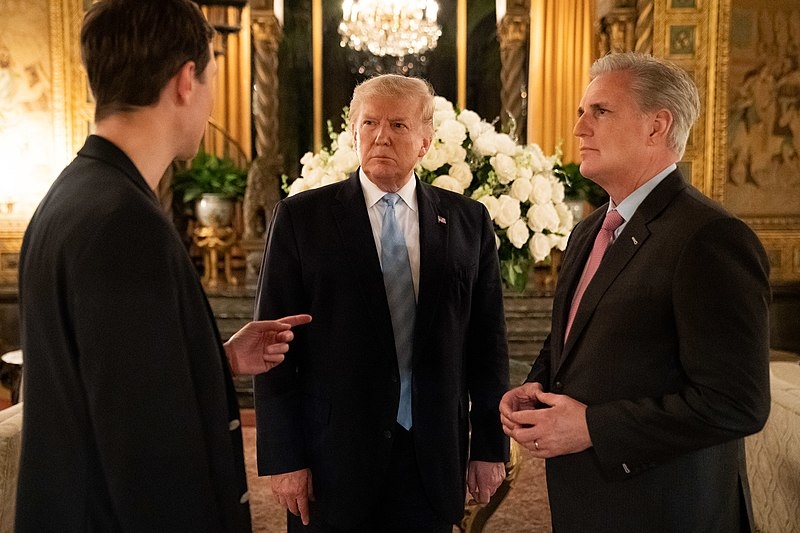 US House Minority Leader Kevin McCarthy has been under intense scrutiny since the revelation of his private comments against Donald Trump over the Jan. 6 insurrection. A new report reveals that McCarthy has filed an amusic brief in support of Trump associate Steve Bannon as he faces contempt of Congress charges.

Right-wing outlet Daily Caller revealed in a report that McCarthy recently filed an amicus brief in support of Bannon, who is held in contempt of Congress for refusing to comply with the Jan. 6 committee’s subpoena.

McCarthy argued in the brief that Bannon’s contempt charges are unlawful and that House Speaker Nancy Pelosi’s approach to forming the bipartisan panel is “unprecedented.”

McCarthy went on to argue that the committee proceeded with its investigation less than the 13 members that were initially agreed upon.

Bannon cited executive privilege as his reason for refusing to comply with the committee. Legal experts said Bannon’s claims of privilege do not apply in his case, especially as he was not working for the Trump administration or in the White House on Jan. 6, 2021.

McCarthy is currently among the GOP lawmakers that have been served a subpoena by the panel to testify on their knowledge or the extent of their involvement in the efforts to overturn the 2021 elections. Former federal prosecutor Glenn Kirschner previously said that with the subpoena, McCarthy will have no choice but to cooperate with the committee.

Jordan was also served a subpoena, along with Reps. Scott Perry, Mo Brooks, and Andy Biggs.

“So now, McCarthy has nowhere to run, because if he refuses to comply with this subpoena…he absolutely exposes himself to committing the crime of misprision of a felony,” said Kirschner.