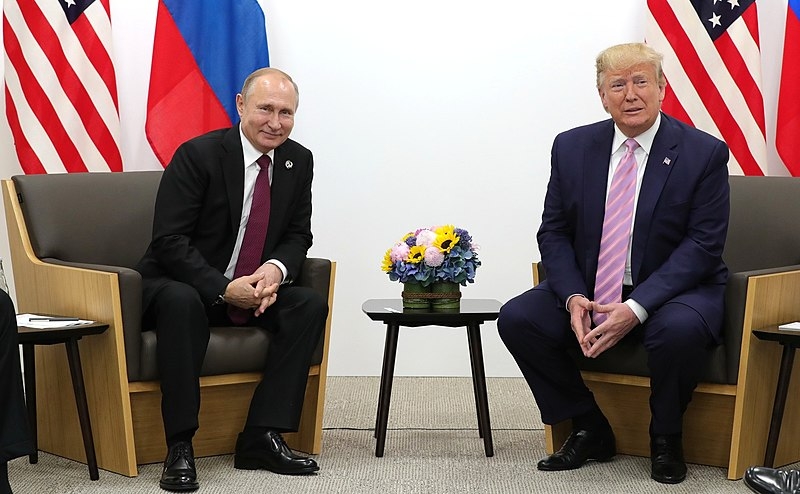 Former US President Donald Trump’s relationship with Russian President Vladimir Putin has already been subject to suspicion, especially after reports have surfaced on Russia’s interference in the US elections in 2016. Leaked documents from the Kremlin have now further confirmed that Russia looked to get Trump elected with Putin’s leverage over the former US leader.

A leaked document claims to reveal that the Kremlin had blackmail leverage over Trump. The documents obtained by The Guardian revealed that Putin personally authorized a spy agency to back Trump, described as “mentally unstable”, for president during his bid in 2016 against Hillary Clinton. The authorization occurred during a closed session of Russia’s national security council.

The leaked documents also provide a small psychological assessment of the now-former US leader while also referring to previous events Trump has held in Moscow. Those who were present during the meeting had reportedly agreed on getting Trump elected to the presidency in order to create “social turmoil” in the US while weakening its presidency. Those were two of Moscow’s top strategic objectives in its mission.

“It is acutely necessary to use all possible force to facilitate his election to the post of US President,” according to the documents.

A decree that looks to be signed by Putin authorized three of the country’s spy agencies to work towards getting Trump elected. The now-former US president’s psychological assessment by the Kremlin described him as an “impulsive, mentally unstable, and unbalanced individual who suffers from an inferiority complex.”

Meanwhile, in another book about the former US leader, titled “I Alone Can Fix This,” by Carol Leonnig and Philip Rucker, excerpts from The Guardian revealed that the Chairman of the Joint Chiefs of Staff Gen. Mark Milley and Pentagon officials were becoming especially concerned on what may happen when Trump lost the elections.

According to excerpts of the book, Gen. Milley told his aides that the US was facing what appeared to be its “Reichstag moment” as Trump appeared to be “preaching the gospel of the Fuhrer.” This occurred not long before the insurrection that occurred on January 6, that left five people dead and dozens of law enforcement officials injured.