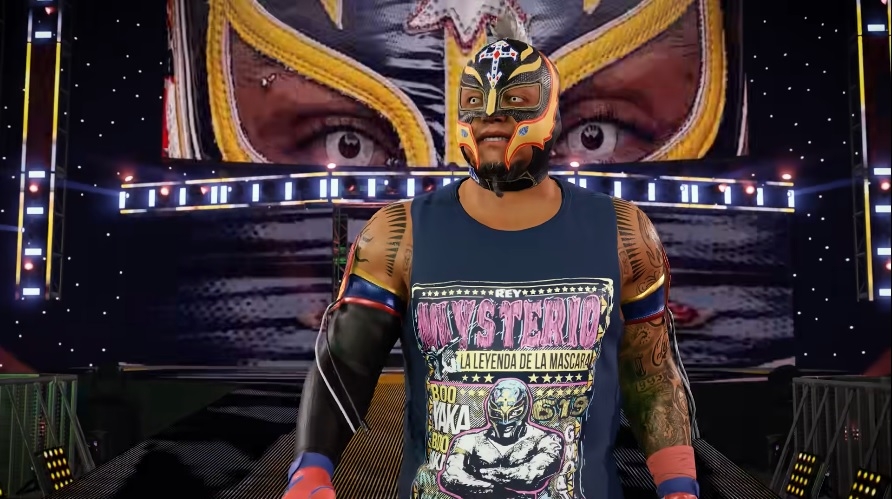 Long-time fans of WWE and pro wrestling may have more reasons to look forward to "WWE 2K22." A new leak claimed both editions of "WWE 2K22" will feature the legendary Rey Mysterio on the cover.

A couple of images claimed to be showing the covers for the "WWE 2K22" Standard and Deluxe Editions were recently shared by TechnikNews. They both feature Rey Mysterio, who is one of the world's most popular lucha libre wrestlers and has been one of the biggest WWE stars since the early 2000s.

Lucha libre wrestlers are known for their high-flying moves in the ring. It is then fitting that the "WWE 2K22" Standard Edition cover shows Rey Mysterio in mid-flight. The Deluxe Edition, on the other hand, features a close-up portrait of the wrestler, giving a better look at his iconic mask.

It was previously confirmed that "WWE 2K22" will be released in March, but the same leak may have revealed its exact launch date. One of the potential pre-order perks is three-day early access that would allow fans to start playing on Tuesday, March 8, which suggests the game could be available to everyone on Friday, March 11.

The same leak revealed other pre-order details, such as the inclusion of the Undertaker Immortal Pack for all pre-order copies. The add-on bundle features three Undertaker personas (Phantom Mask Undertaker, Lord of Darkness Undertaker, and Boneyard Match Undertaker), lay down chokeslams as The Deadman, Undertaker MyFACTION EVO cards, and other MyFACTION bonus items.

All pre-order perks, which were not listed in the leak, are expected to be available in the "WWE 2K22" Deluxe Edition. But the Season Pass, which usually grants players access to major post-launch DLCs, is reportedly not included in the Standard Edition.

The same source also mentioned a "WWE 2K22" nWo 4-Life Edition that will also ship with the Undertaker Immortal Pack. It was not specified how it differs from the other editions of the game. But it is likely a nod to the widely successful pro wrestling storyline focused on the formation of the nWo, which stands for New World Order, stable. Its original members include "Hollywood" Hulk Hogan, Scott Hall, and Kevin Nash.