Want to understand how the Coalition works? Take a look at climate policy 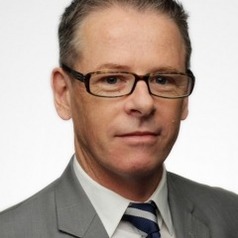 This week’s excruciating case of a prime minister being beholden to a rogue section of his own Cabinet over climate policy has again drawn attention to the arcane nature of Coalition arrangements.

While the numbers eventually fell his way, a policy U-turn that Scott Morrison regarded as politically existential was for a time hostage to a famously mercurial party room of which he was not a member, and over which he could exercise net-zero influence.

In the end, both won. Morrison got his 2050 target but without any promise to cut methane output as sought by the US and Europe. There was also no interim (2030) pledge.

These exclusions make Morrison’s announcement essentially gestural rather than a substantive policy shift.

The government has since made a virtue of this fact, arguing its 2050 target will be achieved within existing policy settings and without the need for legislation.

Such inter-party dependencies make obvious numerical sense in a system of compulsory two-party-preferred voting. In the case of the Coalition, it has enabled it to deny Labor a parliamentary majority in all but one federal election since 1993.

However, this success has come at the cost of ceding disproportionate power to a bit player that commands only a sliver of the nation-wide vote and promotes policies widely divergent from majority public sentiment.

According to the latest survey by Nine’s Resolve Political Monitor released on Wednesday, Labor’s primary vote sits at 34% and the Liberal Party (absent the Nats) is just a shade higher at 35%.

Interestingly, with the Nationals added on, the Coalition vote is a mere 2% higher, at 37%.

At the last election, Labor secured a primary vote of 33.34% nation-wide. The Liberal Party (in its own name) came in at less than 30% in 2019, although this total excludes the Queensland tally where the two conservative parties form a single entity, the Liberal-National Party (LNP).

On the face of it, this suggests Labor could do as well out of the Greens as the Liberals do out of the Nationals.

But the key difference is that while the Nationals provide brand difference from the Liberals in the regions where they operate exclusively, the city-centric Greens largely cannibalise Labor’s urban-progressive vote.

The Liberal-Nationals carve-up of the electoral map is more analogous to the Qantas-Jetstar arrangement, where the full-service carrier established a cheaper no-frills service under different branding.

Both are airlines, but different branding freed up the Qantas subsidiary to go after an economy market segment against Virgin and other lower-cost operators without confusing the presentation and pricing structure of its major brand.

Another difference is the existence of a formalised Coalition, the precise terms of which are set out in a secret power-sharing agreement that confers a sizeable proportion of the jewels of office on the junior partner.

This includes the deputy prime ministership and additional cabinet posts (currently there are four) plus other outer-ministry portfolios, and undisclosed undertakings on policy.

So codified are these arrangements that the Liberal prime minister of the day does not have a say over who represents the Nationals is in his (or her) own cabinet. Barnaby Joyce’s return to the Nationals leadership in June 2021 is a case in point. His move on the hapless but co-operative former deputy PM Michael McCormack came as a shock to Morrison, who was out of the country at the time.

Joyce had left the ministry in February 2018 in disrepute, well before Morrison’s ascension to the prime ministership.

The two have not appeared together in a press conference since Joyce’s return.

In the aftermath of the Turnbull government’s razor-thin 2016 election win, Joyce, in his first stint as Nationals leader, was quizzed as to what the Coalition Agreement would cover. In a triumph of hubris over accountability, he boasted:

The first aspiration is that the agreement remains confidential. That’s aspiration one, two, three, four, five and six.

The deployment of tailored messaging between city and bush is central to the Nationals’ success, and therefore to Coalition success.

It is a capacity Labor, as a single, largely metropolitan party, lacks.

Indeed, then leader Bill Shorten was criticised in the 2019 election campaign for inconsistent messaging or so-called audience shopping, for stressing green credentials in Melbourne and a more pro-coalmining stance in Queensland.

While it is too early to tell, in the few days since grudging Nationals support for the net-zero by 2050 target was secured, several conflicting messages have emerged on the conservative side.

Key Nationals, such as Matt Canavan, have openly declared their intention to campaign against net-zero.

Almost immediately it became known that Joyce himself was personally against Morrison’s 2050 carbon neutrality pledge, but had lost the debate in the party room.

Presumably this is bad for Joyce and the Nationals. But perhaps not. On the one hand, it makes him look lame and ineffective as a leader, incapable of carrying his small 21-strong party room.

On the other, Joyce’s reputed antipathy to climate virtue-signalling (as the conservative right characterises it) allows the Nationals as a party to continue casting doubt on the primacy of emissions reduction among government priorities when communicating with its electoral base.

Tellingly, the only concrete thing to come so far from the net-zero retreat was the immediate promotion of the trenchant fossil-fuel booster, Resources and Energy Minister Keith Pitt. He moved from the outer ministry into the Cabinet.