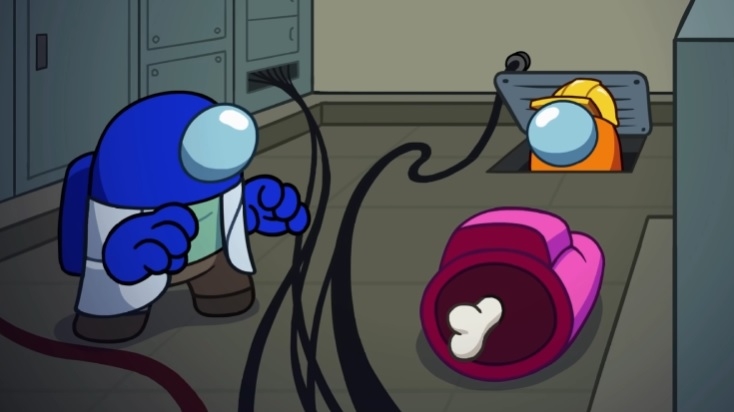 “Among Us” maps may have become more treacherous, thanks to the latest update that added a new roles system. Crewmates can now assign unique abilities to some players that could help them stay alive in the game. But the new feature also allows Impostors to become a shapeshifter, making games more complicated.

The mechanics of the multiplayer social deduction game is fairly simple. Crewmates have to complete certain tasks every match, while the Impostors are out to sabotage them and kill as many Crewmates as they can before being found. But the “Among Us” update that launched on Tuesday gives players an option to make the game more challenging.

Developer Innersloth introduced three new roles for Crewmates. They can become the group’s Scientist, which grants them the ability to monitor other Crewmates’ vitals. That means they could be the first to know when someone has been taken out by the Impostor.

Before the update, vents were only accessible to Impostors so they could carry out their devious plans. But “Among Us” players can now become the crew’s Engineer that will also allow them to use the vents.

Even killed Crewmates can be assigned a role after the latest “Among Us” update. Whoever dies first in the crew can be the Guardian Angel. This gives them the ability to temporarily protect living crewmates, shielding them from the attack of the Impostor.

As mentioned, Impostors are getting a new advantageous role, too. They can become a shapeshifter, allowing them to disguise themselves as other Crewmates. In an earlier blog post, the “Among Us” developers said Shapeshifters’ disguises last for a limited period, and it will leave evidence to alert the Crewmates. “Crewmates can see you midway through shapeshifting if they’re within line of sight,” Innersloth wrote last month. “During meetings, the Shapeshifter will appear as their original selves.”

Meanwhile, Innersloth confirmed that the new “Among Us” roles are customizable like other features in the game. Players can assign multiple roles to Crewmates depending on what the match requires, and there is also an option to entirely disable the new roles.

It is unclear, though, if Innersloth would adopt the popular Sheriff Mod with the launch of the new “Among Us” roles system. The mod allows Crewmates to act as a sheriff with the ability to kill the Impostor. But if a sheriff mistakenly kills a Crewmate, they will lose their life.