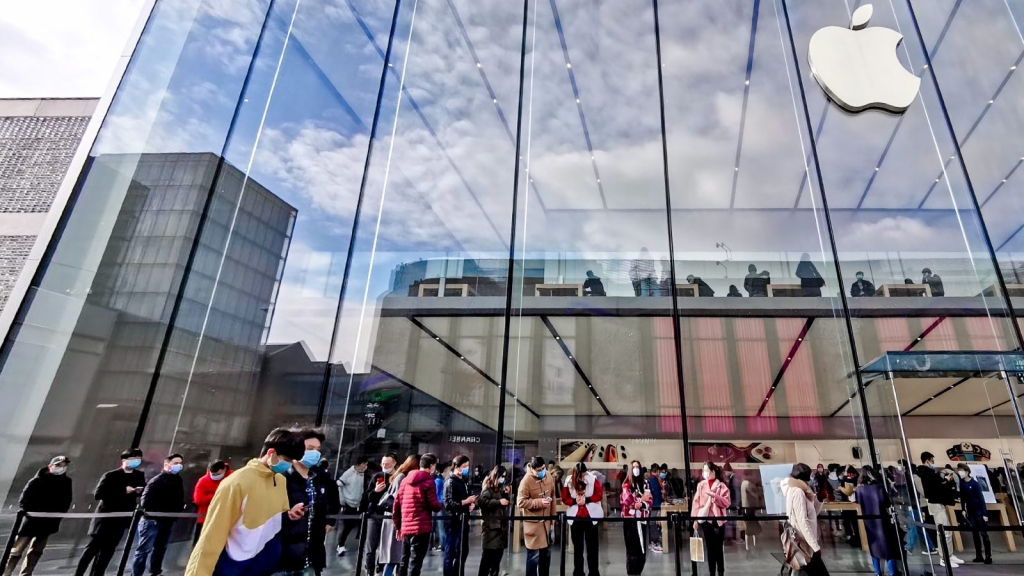 Apple has the potential to boost earnings from its App Store and software services in China, where mobile applications for such services as shopping and banking are very popular.

Apple's sales in greater China soared 57 percent in the last quarter of last year from the previous year, exceeding over $21 billion due to strong demand for the iPhone 12.

Sales in China comprise nearly 20 percent of Apple's total revenue in the quarter.

It was a sharp reversal for the iPhone maker in China, where it had been experiencing a slowdown in sales since 2018, partly due to the US-China trade war.

Last year, Apple sold 8 percent more smartphones in China than in 2019, covering only two months of iPhone 12 sales, according to research and advisory firm, Gartner.

Analysts are optimistic about Apple's chance of sustaining its recent success in China.

Apple has the potential to boost earnings from its App Store and software services in China, where mobile applications for such services as shopping and banking are very popular.

The iPhone 12 was a major contributor to Apple's China sales growth in its last quarter, though Cook said during the earnings call that other products, including the iPad and wearables, also contributed.

According to Apple CEO Tim Cook, among the several reasons that the iPhone 12 was especially popular in China was the record number of upgraders during the holiday season robust 5G networks.

Gartner analyst Annette Zimmermann forecasts a very positive growth over the next two quarters due to the good number of Chinese who still need to upgrade to the next generation.

China's consumers also have more cash to spend on new devices as its economy recovered faster from the pandemic-related downturn than other countries — it's currently about two quarters ahead of Western Europe and North America, said Gartner analyst Annette Zimmermann.

Apple may also be benefitting from the struggles of its Chinese competitor Huawei who have been had cut off access to top-tier American tech, leaving it unable to use software from Google, making its smartphones less appealing to some consumers.

As Apple's share of China's smartphone market increased nearly 5 percent in the December quarter, Huawei's plunged by more than 10 percent.