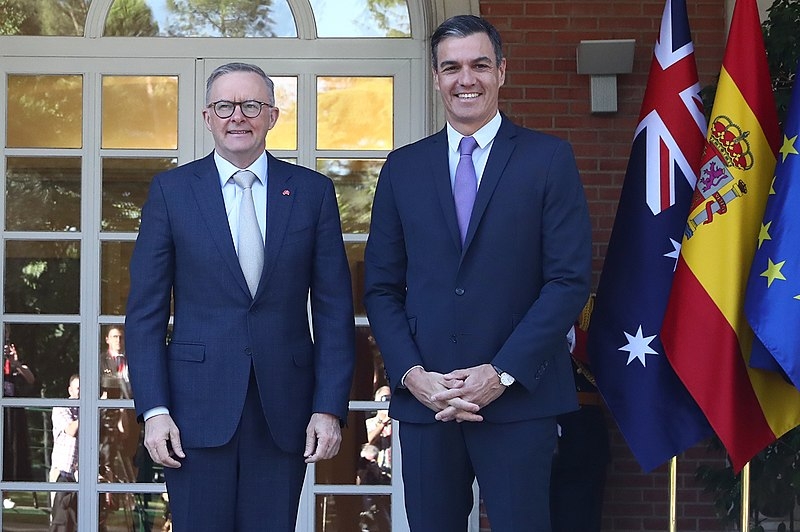 Ministry of the Presidency, Government of Spain / Wikimedia Commons

Australia announced its plans to establish an independent anti-corruption watchdog. This follows years of debate on the need for oversight.

Australian Prime Minister Anthony Albanese and Attorney General Mark Dreyfus issued a statement Tuesday that the National Anti-Corruption Commission would have broad jurisdiction to probe corruption cases in the public sector while delivering on a campaign pledge to “restore trust and integrity to federal politics.”

The watchdog would also operate independently as well as the power to report their findings to the federal police or to the director of public prosecutions.

The legislation to introduce such a watchdog with $169.8 million in funding spaced out over four years, is set to be introduced to parliament on Wednesday. The center-left-leaning Australian Labor Party pledged to make an independent watchdog a priority if its government took power.

Albanese’s predecessor, Scott Morrison, opposed the idea of a watchdog modeled after such groups on a state level. Morrison described the anti-corruption watchdog in New South Wales as a “kangaroo court” over the agency’s use of public hearings that harmed the public standing of people who were ultimately found not to be corrupt.

The statement by Albanese and Dreyfus said the planned national anti-corruption panel will be able to hold public hearings “in exceptional circumstances” and where it is in the public interest to do so. The findings by the commission are also subject to judicial review.

Optus said last week that it was the target of a cyberattack that compromised home addresses, drivers’ licenses, and passport numbers of up to 10 million customers, or around 40 percent of the population. The firm said the hacker’s identity and contact details appeared to move between countries in Europe, but the company did not disclose how its security was breached.

Australian media reported that the hacker demanded $1 million in cryptocurrency in exchange for the compromised data. Albanese called the cyberattack “a huge wake-up call” for the corporate sector.