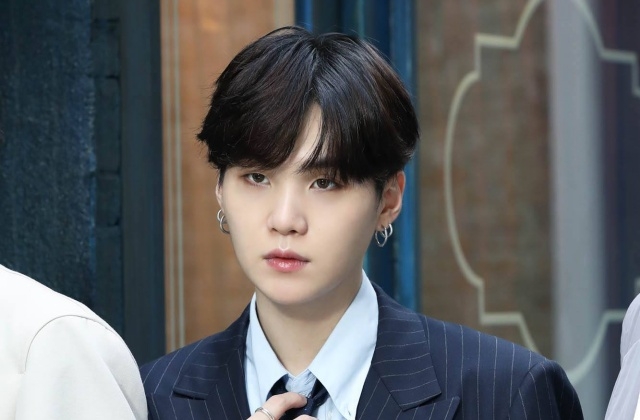 Suga has been missing his activities as a member of BTS these days, and this is due to his recent surgery. Fans were able to see him again on Dec. 28 after holding a V Live broadcast. During the streaming, he shared about his health condition, recovery, and his plans for the coming days.

Suga updates fans about his surgery and recovery

Since BTS Suga has been absent for several weeks now, he received many questions from the ARMYs as soon as he went live on Monday. But before proceeding to answer the fans, he gave some updates about how he is recovering.

“I can’t raise my arm to 90 degrees yet and It feels like it’s not my arm,” News1 quoted the BTS member as saying. “Since my arm can’t move well, it still hurt a bit.”

Suga went on to explain that he heard it will take around six months before he can fully recover from the surgery. He added that currently, his recovery process involves going through rehabilitation treatment.

The process of his healing is slow, but he has been exercising accordingly to get better faster. The 27-year-old “Intro: The Most Beautiful Moment in My Life” singer admitted that he is getting impatient and want to perform already, but he knows that he needs to be careful, and he’s happy for his small but consistent progress.

Will Suga be at Big Hit’s New Year’s concert?

One of the things that fans want to know is whether BTS Suga is coming to his label Big Hit Entertainment’s year-end concert. It has only been a little over a month since he underwent an operation, but he said he would be attending the much-awaited concert.

“Since my recovery is going well, I’ll probably attend,” he said. “But I won’t be able to do dance and hold a mic with my left hand since it hasn’t even been two months since my surgery.”

Lastly, BTS Suga assured the ARMYs that Big Hit’s New Year concert is proceeding despite earlier reports that it would be canceled. He also told fans not to worry too much because his agency is making sure that preventive measures are in place for everyone to be safe from COVID-19 infection.

Meanwhile, as mentioned on Newsen, Suga’s surgery was needed due to a shoulder dislocation that was diagnosed in 2013. He sustained this injury from a car accident in 2012.