BTS V gets a unique birthday present in 2020! Singer the first Kpop artist to have a birthday ad in space 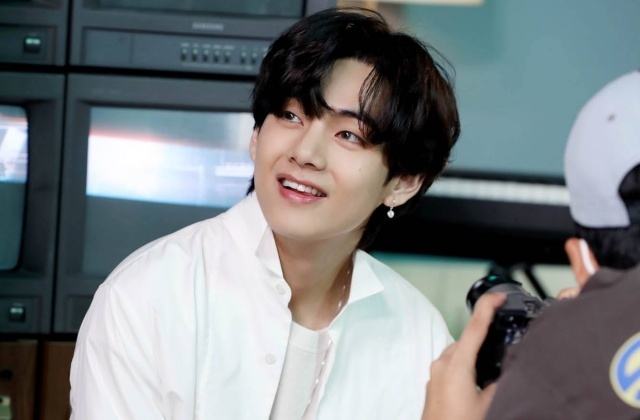 BTS V is celebrating his birthday tomorrow, and the ARMYs have been busy sending their gifts. For the BTS member whose real name is Kim Taehyung, fans have been preparing for months, and this explains why he always gets unrivaled gifts such as birthday ads in popular spots in some countries and, of course, charity works.

A huge gift for V

For this year, it was already revealed that BTS V’s fans have organized many fundraising events, and the money were donated to various organizations that help children, teens, and communities that need assistance. Just last week, it was revealed that fans in Indonesia and China have built schools and donated school supplies for low-income children.

They also donated to Syrian refugees Under the “Winter Warmth for Syria” project that was organized by Pertubuhan Peduli Insan Malaysia (NGO) under BTS V’s name. There is simply no ending to the charity works as the day he turns a year older comes closer.

In any case, Allkpop reported that fans are also giving Taehyung another unique present and it was revealed to be a birthday ad that will be posted out of space! With this gift, he has become the very first Kpop idol to have a birthday greeting ad on a satellite located in space.

Based on the information shared by one of his fansites, BTS V’s face will be put on display via a satellite called “Ladybird-1” that was launched by China's Commsat Technology Development Co. Fans are excited for this event as the BTS member did not only conquer the world but even space!

V drops a new song for the holidays

The track was described as romantic pop and surely fits the season. BTS V’s holiday song also features Peakboy’s vocals. The song is about people needing loved ones to spend the most festive time of the year together. If not, Christmas will not be as bright and will not feel like Christmas at all.