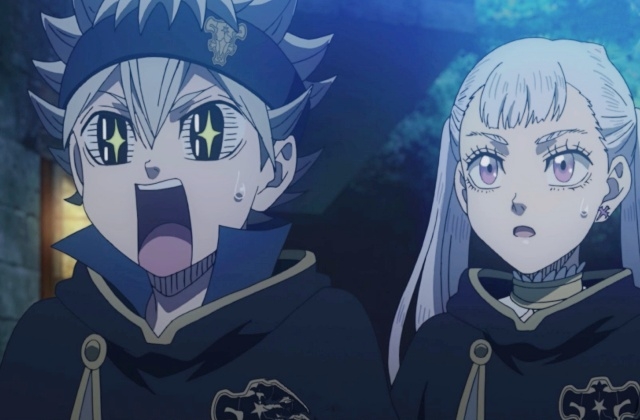 A new arc is coming and before that “Black Clover” chapter 273 will show Asta and Liebe working together to make their fusion better. Nacht is also training them hard since they will play a big part in the efforts to rescue Yami from the Dark Triads.

With the new ally, Asta is expected to hug the stage and show off his possible new powers. It is certain that with all the training he has been getting and becoming one with his devil, he will have a fantastic level of strength that could be used to fight off the Black Bulls and the Golden Dawn’s enemies.

Yuno has been absent for quite some time and he showed up again in chapter 272 “Dark Prison Hunting Ground.” This story starts with Langris peeking while Yuno was training and since he could feel someone is watching him, Yuno asked the person to come out and it turned out to be Langris.

Yuno addressed him as the former vice-captain and Langris told him that it is not necessary to call him that. Langris told Yuno that he needed to train with someone who has a Spatial Magic and Yuno agrees.

Elsewhere, Asta and Liebe are still training with Nacht but the current vice-captain is disappointed and almost annoyed because Asta could not show a great power that he expected to see especially now that he has Liebe.

Even Asta and Liebe work together, they still could not defeat Nacht and this is very frustrating for the Black Bulls’ vice-captain. This is because, throughout the training, Asta and his devil could not sync themselves so they can’t bring Nacht down or let alone match his strength.

They have no idea how to deal with Nacht so at this point, Nacht is really losing his patience for the slow progress in Asta and Liebe’s training. “Black Clover” chapter 272 ended with the pair promising that they will work hard to become powerful.

Thus, in “Black Clover” chapter 273, Asta and Liebe are expected to have found a way to fuse together and use their new-found power effectively. It was hinted that their fusion will create Asta’s new form and it would be exciting to see what this new mode will offer in the battle against their rivals.

Moreover, with their transformation, they now have a big chance of finally defeating Nacht. On the other hand, Yuno is also expected to have more strength after getting help from Langris in “Black Clover” chapter 273. Nacht will be surprised to see Asta’s new form and it is yet to see how he will deal with them.

As per Otakukart, “Black Clover” chapter 273 will arrive on Nov. 29. The raw scans will be available by Nov. 26 via VIZ Media and MangaPlus.