Can we predict who will become mass shooters? 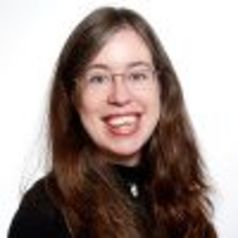 The Orlando nightclub attack on June 12 was among the deadliest in American history, and it was the 133rd mass shooting to take place in the United States in 2016 alone.

In the aftermath of the shooting, there has been much talk of the US Second Amendment – the right to bear arms – and of how to introduce new laws to make it harder for mad or bad people to get their hands on guns. But what else can we do to try to bring this under control? Working on ways to perhaps recognise people who might develop into mass killers – and the reasons they have for doing so – would obviously be an important step forward.

There are inherent challenges in trying to identify people who are at high risk of committing an extremely violent act such as a mass shooting. And one of the biggest challenges in carrying out research in this area is that because the event rate is extremely low, conventional research techniques – such as cohort studies – aren’t useful.

US academics James Fox and Monica DeLateur published a paper in 2014 which explored numerous myths and misconceptions surrounding both multiple homicide offenders and mass shooters, along with some of the challenges in attempting to avert these extremely violent acts. One of the myths they explored is the notion that more attention and response to “telltale warning signs” would allow mass killers to be identified before they acted.

Warning signs in the soon-to-become mass shooter can take the form of overt or veiled threats – known in the field as “leakage” – for example, Elliot Rodgers' “Day of Retribution” video made before he killed six people and injured 14 others near the campus of University of California, Santa Barbara in 2014.

As pointed out by Fox and DeLateur, these telltale warning signs or indicators are “yellow flags that only turn red once the blood has spilled” as they are often identified in the aftermath of tragedy with crystal clear hindsight.

Relatively little is understood about what the warning signs are in a future mass shooter, and our current understanding is limited to past experience. That said, a number of features in the “typical mass shooter” have been identified.

We know that in 95% of cases the mass shooter is male, they are typically Caucasian (nearly two thirds are white) and older than murderers in general. Research shows that half of mass shooters are older than 30, with just 12.2% under the age of 20, and 38% between the ages of 20 and 29.

Mass shooters also tend to have common psychological and behavioural characteristics such as depression, resentment, social isolation, the tendency to externalise rather than internalise blame, fascination with graphically violent entertainment, and a significant interest in weaponry.

Unfortunately it is very difficult to pick up these factors in individuals before they embark on a shooting spree because these psychological and behavioural characteristics are fairly prevalent in the general population. For example, the National Alliance on Mental Illness in the US says that about 20% of Americans suffer with mental health disorders in any given year – that’s more than 60m individuals.

As a result, the profiles and checklists that have been developed to attempt to predict rare events – such as mass shootings – have a tendency to over predict, which results in a large number of “false positives”.

It has also been suggested that school shootings and mass shootings are quite often committed by people with neuro-developmental disorders – such as criminal autistic psychopathy or Asperger’s syndrome – with often a good deal of warning based on the person in question’s writings on the internet and elsewhere.

Work published earlier this year also outlined a theoretical model to help us better understand how an individual with an autism disorder could engage in intended violence, such as a mass murder. In particular it considered the lead up to violence in the case of Adam Lanza, the Sandy Hook Elementary School shooter with Asperger’s who spent some time compiling a seven by four foot spreadsheet chronologically detailing about 500 events of mass murder.

But there may be some hope, as highlighted in our previous papers – research techniques currently used for extremely rare but dangerous diseases could in fact also be used to investigate mass shooting events.

So while at the moment relatively little is known about the early warning signs in a potential mass shooter, it may well be possible to detect mass shooters in advance if we change our approach in researching the area.

It is imperative that we further our understanding of the potential stressors or triggers, psychological traits and antecedents which contribute to such extreme violence. Such research would aid the identification of individuals who are more at risk of engaging in mass killings or are on the pathway to intended violence in order that preventative strategies and, if necessary, appropriate strategies are implemented in order to reduce the occurrence of such extreme violence.

One recommendation is that every time a mass shooting event occurs, as much information is collated on the individual’s background (for example, their mental health) and behaviours in the lead up to the event (which could be years) in order to build up a database which could eventually be used by researchers to identify patterns.

Clare Allely does not work for, consult, own shares in or receive funding from any company or organisation that would benefit from this article, and has disclosed no relevant affiliations beyond the academic appointment above.