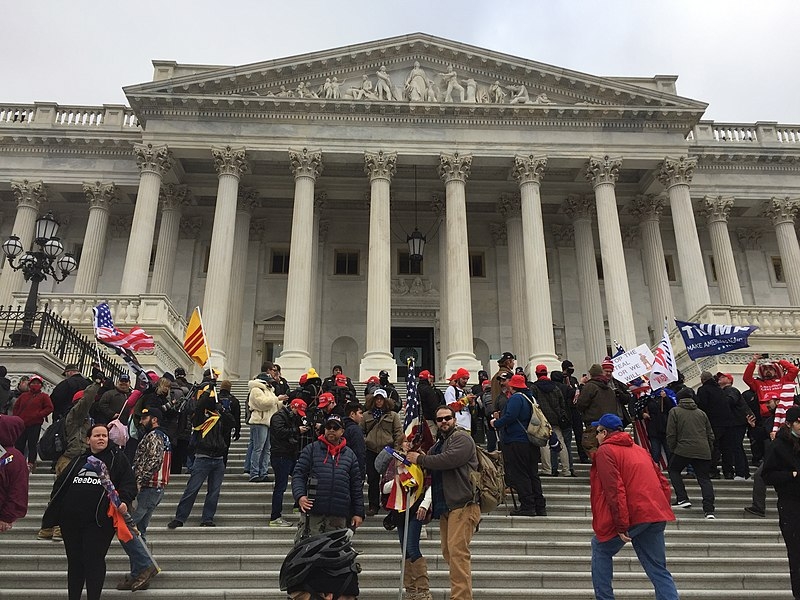 Hearings for the insurrectionists who have participated in the January 6 Capitol riots are still underway, some hearings getting more heated than others. In one recent detention hearing, the insurrectionist was reportedly getting emotional as his defense attorney cites that he was another victim of the big lie told by twice-impeached former President Donald Trump.

WHAM reported Tuesday that alleged insurrectionist Cody Mattice from New York was weeping in court during his detention hearing for his involvement in the January 6 insurrection. Mattice was arrested at Hilton, New York last week upon getting discovered by internet sleuths. Mattice allegedly helped in breaking down the barriers at the Capitol and spraying police officers who were responding to the insurrection with pepper spray.

Evidence has also surfaced in the form of text messages between Mattice and other insurrectionists where he admitted to committing multiple crimes on January 6. Prosecutor Brett Harvey said that he has enough evidence for Mattice to face possibly 20 years in prison. In one of the messages, Mattice said that they stormed the Capitol because they were told by Trump to do so “because of the fraud.”

Mattice’s defense attorney Wendy Abdallah noted that particular text message to argue that Mattice and the other defendants were victims of the “big lie” perpetuated by the former president out of his refusal to accept defeat. It should be noted that there is no evidence that suggested widespread fraud in the 2020 elections, especially as the dozens of lawsuits filed by Trump and his allies to contest the results were largely unsuccessful.

Meanwhile, Rep. Adam Schiff, who is on the House Committee investigating the Capitol insurrection, discussed on CNN the committee’s move to subpoena Jeffrey Clark, a former DOJ official who was one of the key individuals in Trump’s attempts to overturn the election and stay in power. When host Wolf Blitzer pressed Schiff on how he thinks Clark will cooperate, Schiff explained that the committee is fully aware that the individuals they subpoenaed will not voluntarily cooperate, thus the issuance of the subpoenas.

Schiff also noted the findings by the Senate Judiciary Committee, especially Clark’s role in trying to overturn the elections to keep Trump in power along with the Trump DOJ. Schiff added that the panel will also look into efforts by the former president to use the DOJ in delegitimizing Joe Biden’s victory.