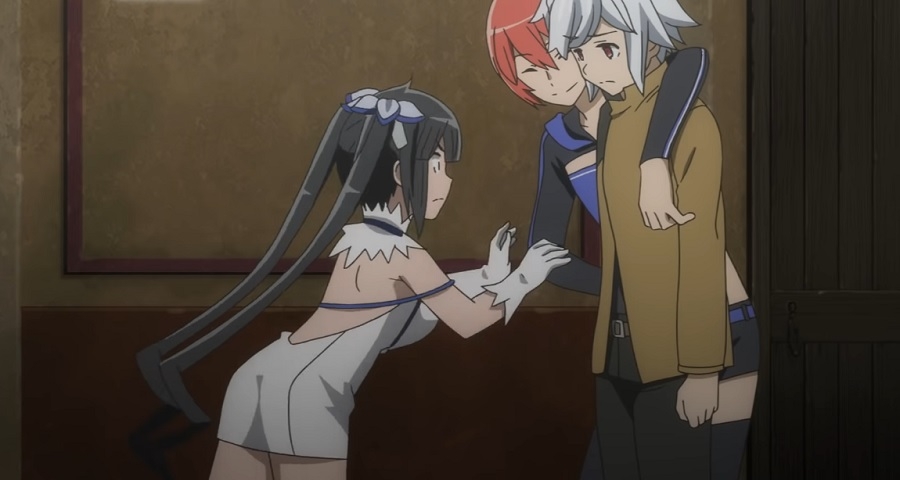 “DanMachi” season 3 episode 9 picks up from the events in Knossos. While going out for a stroll, Bell meets Loki just as he faces the scrutinizing eyes of the citizens who still question his decision to save Weine.

The official video preview for “DanMachi” season 3, episode 9, shows Bell and Hestia going out for a stroll. This corresponds with the events that happened at the beginning of volume 11 of the light novel series.

A few days after the events in Knossos, Bell tells his friends that he wants to go outside. Knowing how people will react upon seeing Bell, Hestia volunteers to go with him in “DanMachi” season 3, episode 9. As expected, the citizens criticize Bell after learning what he did in the labyrinth.

It can be recalled that Dix removed the stone from Weine’s forehead, making her a mindless and aggressive monster. She escaped from Knossos and exposed herself throughout the city. Bell followed her and did everything he could to rescue and protect Weine. Despite his noble acts, the citizens are not fully aware of the background of the Xenos, so they only saw Bell’s decisions as a mere betrayal.

Bell and Hestia’s stroll in “DanMachi” season 3 episode 9 should lead them to Hostess of Fertility. Fortunately, Bell learns that the people working at the pub still trusts him even though they also do not fully understand the reasons behind his actions.

After the visit to the pub, Bell and Hestia should make their way to Daedalus Street, where they will encounter Ais and Loki. The latter appears in the “DanMachi” season 3 episode 9 preview as being very interested in Bell. In the light novel, Loki asked Bell during this meeting about how he feels being hated by the citizens.

If “DanMachi” season 3, episode 9 were to cover the first two chapters of light novel’s volume 11, the episode would end with a huge cliffhanger. One of Fels’ owls is sent to the Hestia Familia headquarters, where Bell receives a letter telling him about the whereabouts of the Xenos and where they are heading.

A new episode of “DanMachi” season 3 is released every Friday at 24:30 JST, which is essentially Saturday midnight, on Japanese TV networks. International fans can catch “DanMachi” season 3 episode 9 through official streaming platforms such as Aniplus, Crunchyroll, HIDIVE, and Wakanim, depending on their region.