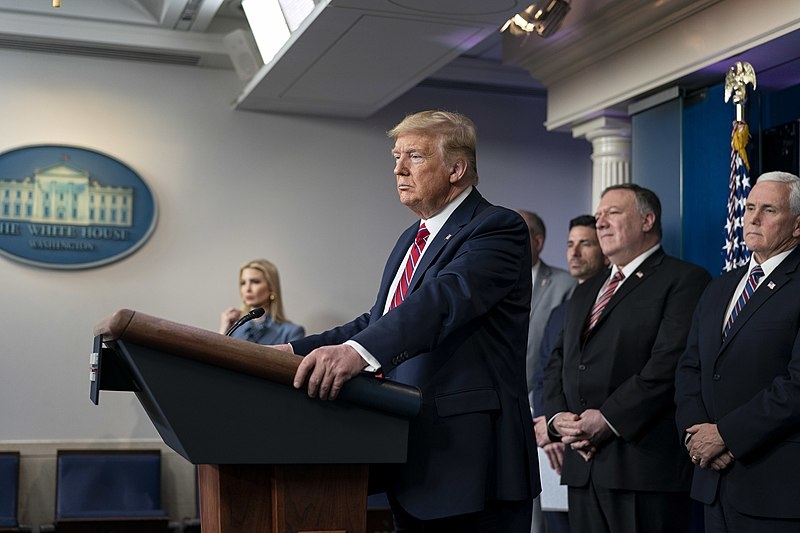 The coronavirus continues to terrorize and disrupt the way of life for many of the world’s population, including the United States. As the Trump administration prepares to tackle the medical and economical crisis caused by the pandemic, President Donald Trump was reportedly falling asleep during the meeting.

A clip of Trump at the coronavirus meeting made the rounds on social media. Trump appeared to look bored and uninterested in the proceedings and many users on social media blasted the president for his behavior. Shared by McSpocky on Twitter, they called for Trump to resign from the presidency in the caption. “His response to the #COVID19 pandemic a FAILURE!” added the user.

Many users echoed their sentiments, calling for Trump’s resignation and even mocked him for his expression. Others took to mentioning Trump’s political rival and presumptive Democratic nominee Joe Biden to use this clip of Trump against him, as a response to Trump calling him “Sleepy Joe” as well as use the clip in an upcoming campaign ad or all of his political ads moving forward. Trump has often called the former vice president by the nickname and has questioned his mental capabilities throughout the campaign.

Meanwhile, The Guardian reports that Trump has referred to himself as a “wartime president” in the midst of the increasing concerns over the coronavirus, which has seen countries resort to lockdowns and placing temporary travel bans to and from the countries that are affected. During the White House briefing, Trump said, “I view it as a, in a sense, a wartime president.”

Former White House strategist Steve Bannon also agreed with the term. “We are at war, and now by necessity, he is a ‘wartime’ president. Churchill rose to the occasion and secured his place in history. Trump’s moment is here, to grasp or to lose.”

The President has since resorted to online or televised briefings to the staff and to the media as part of the social distancing measures needed to prevent the spread of the coronavirus. As Trump is currently on his re-election campaign, due to the coronavirus concerns, he has had to hold virtual rallies instead.