Iran: Journalist says Mahsa Amini's death is a 'tipping point' in the country 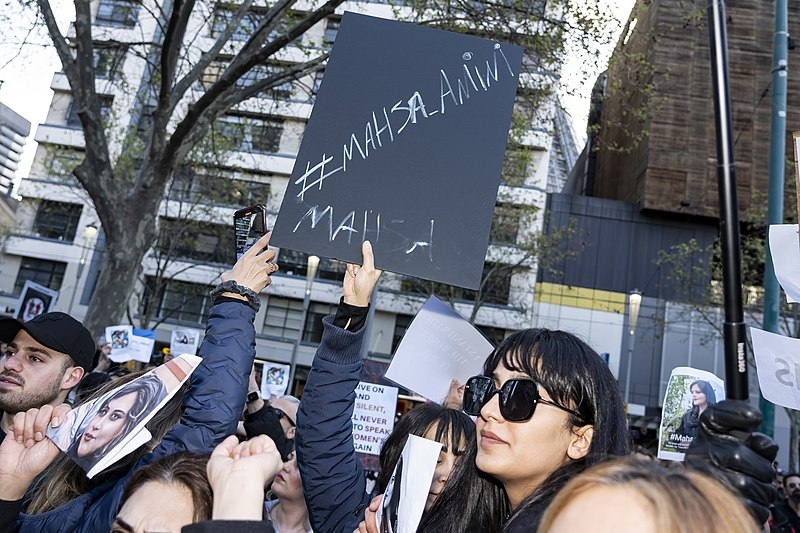 Protests continue in Iran following the death of 22-year-old Mahsa Amini in the custody of the country’s Morality Police. A US-based Iranian journalist said Amini’s death marks a “tipping point” for Iran.

Speaking with Reuters in New York Tuesday, journalist Masih Alinejad said the protests that are taking place in dozens of cities in Iran are a “tipping” point for the country.

Alinejad said that the ongoing protests led by women could be compared to the Berlin Wall in that if the women in Iran are able to take down the “wall,” then there would not be any Islamic Republic.

“For the Islamic Republic, the murder of Mahsa Amini is becoming a tipping point because compulsory hijab is not just a small piece of cloth,” said Alinejad. “It’s like the Berlin Wall. And if Iranian women manage to tear this wall down, the Islamic Republic won’t exist.”

“This movement is a result of 40 years of women fighting back, pushing back the boundaries,” said Alinejad. “I get goosebumps because when I launched the campaign against compulsory hijab, I never thought that this is going to happen while I’m alive.”

Alinejad launched a social media campaign back in 2014 that encouraged Iranian women to share portraits without the hijab, which she shared on her Facebook page, “My Stealthy Freedom.”

Amini died in the custody of the Morality Police three days after being arrested on September 13 for “unsuitable attire.”

While police claim that Amini fell ill when she was detained with other women, Amini’s family and eyewitness accounts have refuted the claims by authorities, sparking a major show of opposition. Amini’s death has also resulted in widespread international condemnation of Iran.

Tehran has sought to accuse “thugs” linked to “foreign enemies” while also accusing the United States and the West of using the ongoing protests to destabilize the country.

Giorgia Meloni, who will become Italy’s first female prime minister, praised the “heroic uprising of Iranian women” in what would be her first statements since her right-wing alliance won the majority in the recent elections.

Meloni noted the dozens who were killed along with the security forces’ arrests of activists, journalists, and lawyers who were also protesting.

Iranian officials said 41 people, including members of the police and a pro-government militia group, were among those who died during the protests. However, human rights groups say the death toll is higher.