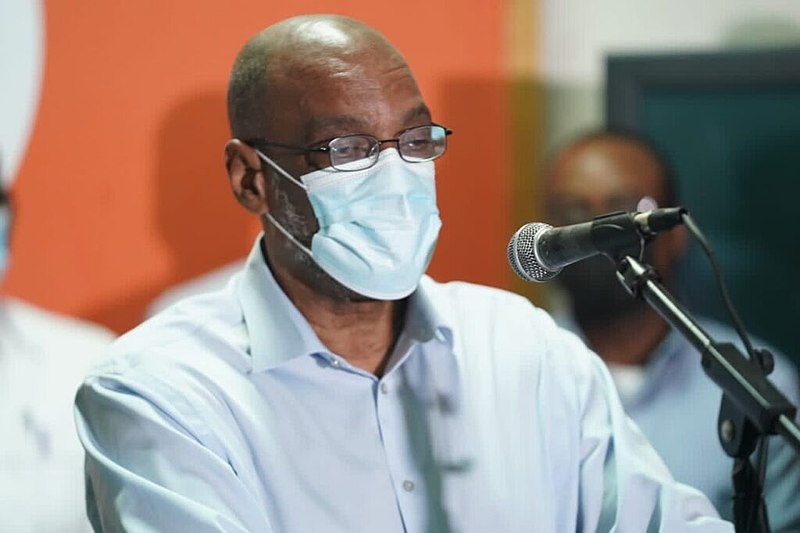 On Tuesday, Port-au-Prince government commissioner Bed-Fort Claude wrote a letter to the Port-au-Prince court asking the judge in charge of investigating the assassination to charge Henry for Moise’s murder, according to AFP. Claude cited that Henry allegedly called one of the main suspects to the case. Claude also asked the director of migration administration in another letter to ban Henry from leaving Haiti over the same suspicions of involvement in Moise’s assassination.

“There are sufficient compromising elements that form conviction on the appropriateness of prosecuting Mr. Henry and requesting his outright indictment,” wrote Claude in the first letter to the court. Claude cited that the calls lasted seven minutes.

Moise was shot in his private home overnight from July 6 to 7 when an armed group broke into his residence. His wife Martine Moise was left injured from the incident and rushed to the hospital for treatment.

Henry had previously been asked to appear for questioning regarding the assassination, about the alleged conversations made hours prior to Moise’s death along with a former government official, Joseph Felix Badio who served in the justice ministry’s anti-corruption unit, that is also being sought after by the authorities in the killing. Last week, Claude asked Henry to appear Tuesday to answer questions about the calls.

Badio’s phone was reportedly tracked to the area close to Moise’s residence when Badio called Henry twice on July 7 in the hours following Moise’s assassination.

However, hours after Claude sought to press charges against Henry, the Prime Minister removed him from his post, and a new top prosecutor was sworn in. While it remains to be seen whether Claude’s dismissal would have any impact on the investigation, an analyst has said that the probe is up to the judge handling the case. It also has yet to be determined whether Claude was officially dismissed before he turned in his letter to the judge at the time.

Monday, Justice Minister Rockfeller Vincent ordered the Haitian chief of National police to boost security for Claude as the now-former government commissioner was receiving threats over the past five days.