BTS attained its second platinum record from US' RIAA

Katie Holmes, Justin Theroux: The truth about their dating rumor

‘Demon Slayer: Kimetsu no Yaiba’ season 2: Here's everything we know about the upcoming new installment 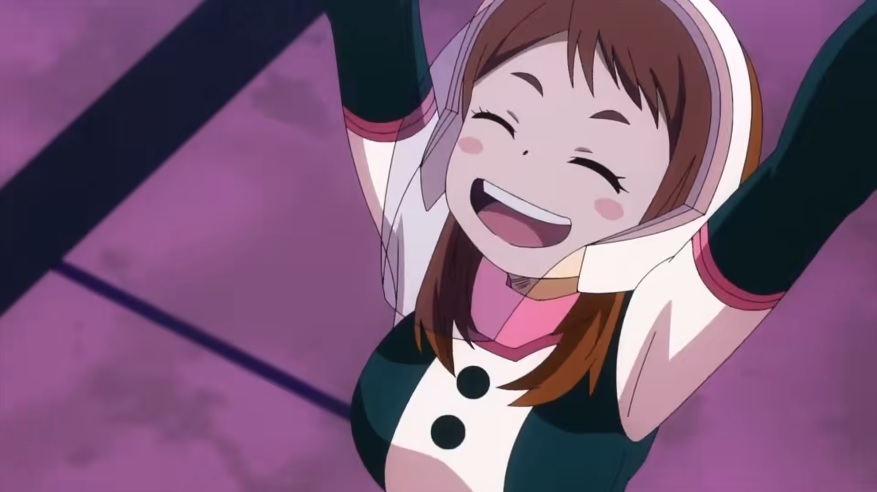 There are many important events taking place in the current arc with Toga and Uraraka’s fight as well as Gigantomachia’s imminent reunion with Shigaraki. Fans will be delighted to know that both will be tackled in “My Hero Academia” chapter 289.

The fight between Toga and Uraraka will continue in “My Hero Academia” chapter 289, however, it will be ended abruptly. These two are some of the most entertaining rivals to watch for various reasons. They are both very skilled in combat and has some of the most interesting Quirks in the series. Also, these two characters share a weird connection mostly because Toga wants to be friends with Uraraka.

In the middle of their fight, the leaks indicate that Toga will continue to start a conversation with Ochako, and one of her chosen topics is whether or not they both like Deku. Ochako will reportedly not answer Toga’s questions, though, and their fight will be cut short in “My Hero Academia” chapter 289. Tsuyu arrives at the location where they are fighting forcing Toga to leave the scene.

Major fight with Gigantomachia after ‘My Hero Academia’ chapter 289

Meanwhile, it can be recalled that the previous chapters foreshadowed that Gigantomachia is moving at an unexpectedly fast pace as he tries to reach Shigaraki on the battlefield. “My Hero Academia” chapter 289 spoilers indicate that Machia finally reaches his master at the same time that other heroes arrive for reinforcements. The chapter hints at Nejire, Iida, and Todoroki playing a significant role in the continuation of the battle.

This should be a good set up for another series of intense fights between the heroes and the villains beyond “My Hero Academia” chapter 289. The same sources mention that the final page’s text teases this development indicates that the war is “reaching the finale.”

‘My Hero Academia’ chapter 289 release date, where to read

“My Hero Academia” chapter 289 will be released on Sunday, Nov. 1. Fans are advised to wait for the official copy of the chapter to get more accurate translations and to support the series as well. Free digital publication is available through Manga Plus and VIZ Shonen Jump.