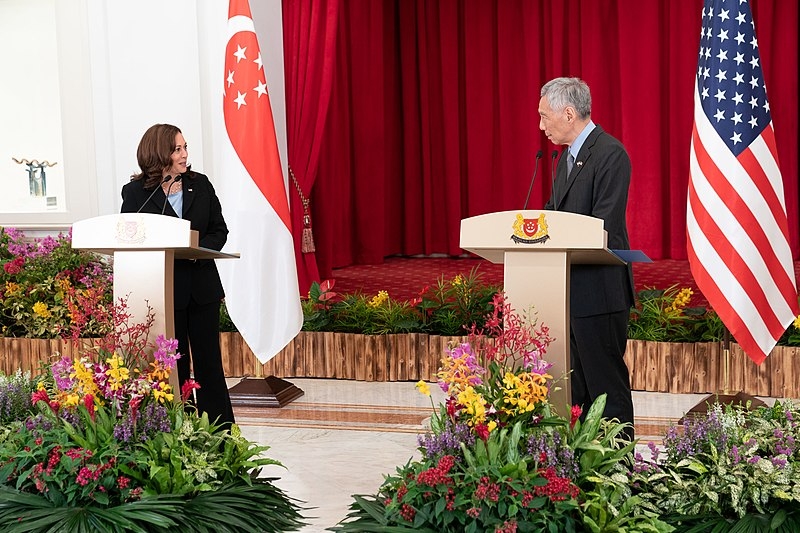 Office of Vice President of the United States / Wikimedia Commons

US Vice President Kamala Harris is currently in Southeast Asia for her Singapore and Vietnam visits. During her first stop in Singapore, Harris also weighed in on the tensions surrounding the South China Sea and accused China of trying to intimidate the surrounding countries.

Harris’s first stop in her Southeast Asia visit was in Singapore, as part of the US under the Biden administration’s efforts to re-engage with allies in the key region after experiencing strained relations under the Trump administration. Harris’s visit also comes in the midst of the ongoing withdrawal of troops and civilians in Afghanistan that has raised questions of US credibility. In her remarks during the joint press conference held with Singaporean Prime Minister Lee Hsien Loong, Harris assured that Washington has an enduring commitment to the region.

“Beijing continues to coerce, to intimidate, and to make claims to the vast majority of the South China Sea,” said the vice president. “Beijing’s actions continue to undermine the rules-based order and threaten the sovereignty of nations. The United States stands with our allies and partners in the face of these threats.”

China has continued to assert control over the resource-filled waters by making incursions even into the exclusive economic zones and airspaces of the surrounding countries. Beijing has also built artificial islands as it builds its military presence in the region.

Vietnam is Harris’s next stop in her visit to the region, with Harris being the first US vice president to visit the country. Biden administration officials announced this week that the trip was met with some slight delay due to an investigation into two potential cases of the Havana Syndrome in Hanoi. While the investigation was in its early stages, officials said that it was safe for Harris to continue her trip.

Havana syndrome refers to a set of mysterious health issues first reported by US diplomats and other government officials in Havana, Cuba, back in 2016.