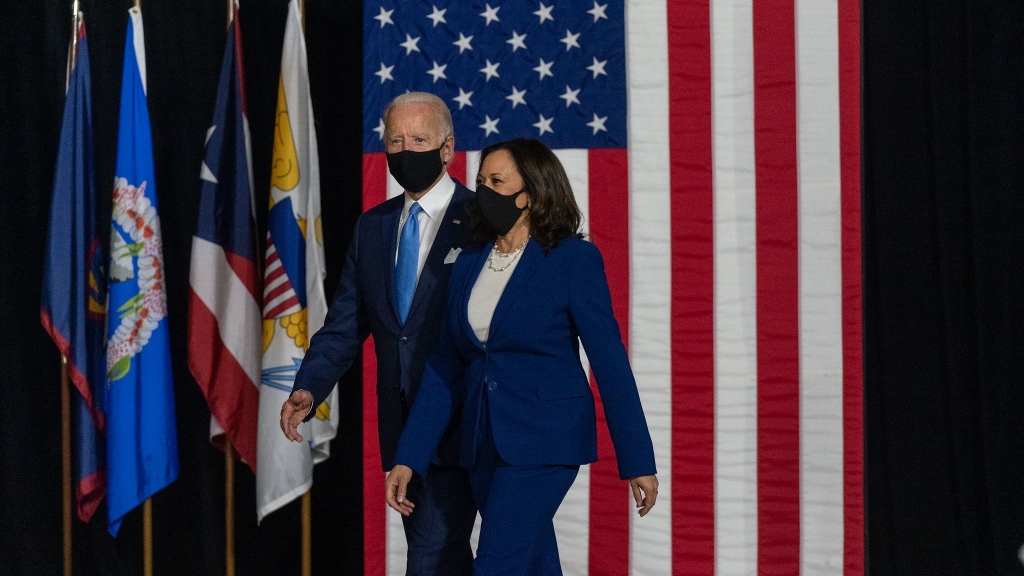 Vice president-elect Kamala Harris would be officially assuming the position in a matter of hours in a scaled-back inauguration due to the pandemic. But prior to the festivities that surround her taking her oath of office, she, and president-elect Joe Biden, addressed the public at the Lincoln Memorial during a service to honor the COVID-19 deaths.

The memorial service took place at the Lincoln Memorial’s reflecting pool, which was decorated with 400 lights in honor of the 400,000 Americans who died of COVID-19 in the past year. Michigan nurse Lori Marie Key sang “Amazing Grace” while Gospel singer Yolanda Adams sang “Hallelujah” during the service. Following Biden’s remarks, Harris took to addressing the public about the pandemic and how the ceremony was their moment to grieve over the lives lost.

“To heal, we must remember. And it’s hard sometimes to remember, but that’s how we heal,” said Biden during the ceremony which had a prayer led by Cardinal Wilton Gregory. “It’s important to do that as a nation. That’s why we’re here today. Between sundown and dusk, let us shine lights in the darkness to remember all who we lost.”

Prior to his address at the Lincoln Memorial, Biden bid a tearful farewell to his home state of Delaware before he made the journey to Washington. The soon-to-be president delivered his remarks on the Major Joseph R. Biden III Armed Forces Reserved Center, where he also took a moment to honor his late son. Beau Biden died in 2015 of brain cancer.

Meanwhile, Harris and her husband, incoming second gentleman Doug Emhoff shared their days as a couple when they first met on a blind date in 2013. Speaking with Jane Pauley in “CBS Sunday Morning,” Harris made a surprising revelation about what she did before she would ultimately go on her date with Emhoff, who was also evidently surprised. Harris revealed that she did look Emhoff up on Google prior to their date.

Emhoff also shared how he first started texting Harris while he was with a friend at a Lakers game. The incoming second gentleman revealed that he had help from his friend in composing a text to Harris during the game.