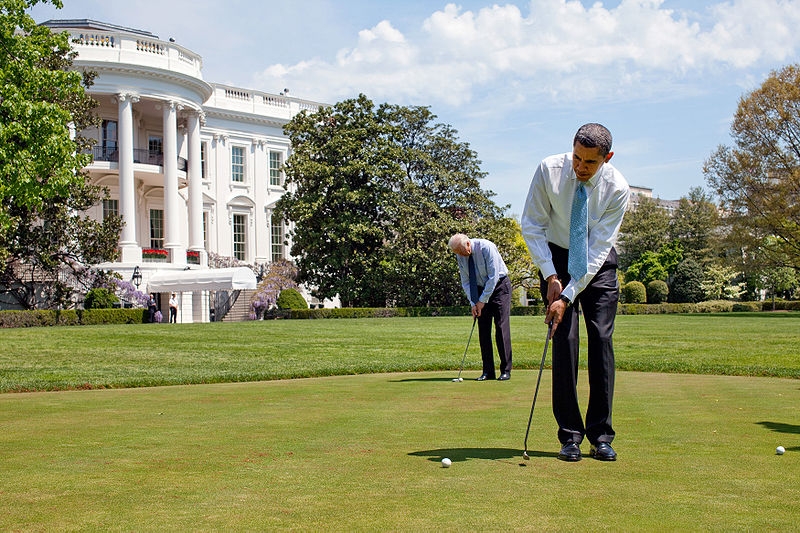 Donald Trump has often attacked his predecessor Barack Obama on Twitter and throughout his eight years as president. Recently, Trump claimed that the former president played more rounds of golf throughout his presidency than he did.

Business Insider reports that over the weekend, Trump defended his frequent golf outings in a two-tweet thread on Twitter, saying that this was his form of exercise as well as comparing the frequency of his golf outings to that of his predecessor’s. However, it was revealed that he spent more time in his golf clubs than Obama has played golf. Trump stayed in his golf clubs for 266 days as of a count in May, while Obama played only 98 rounds by that time.

“I know many in business and in politics that work out endlessly, in some cases to a point of exhaustion. It is their number one passion in life, but nobody complains. My “exercise” is playing, almost never during the week, a quick round of golf. Obama played much more and much longer rounds, no problem…” tweeted Trump.

According to the Trump golf count, in the eight years of Obama’s presidency, he played 306 rounds. Whereas, if Trump played golf for two terms, he would have played 596 rounds, still a lot more than his predecessor.

His tweet follows previous reports two weeks prior that his aides supposedly struggled to contact Trump after he was attacked for sharing a video of his supporters saying “White Power” in which he referred to as “great people.”

Previously, during the fourth of July weekend, the former president advised his followers to stay safe during the holiday. Obama advised Americans to wear a mask and engage in constant hand-washing. The former president also urged everyone to cooperate and listen to the advice of the health experts in combatting the coronavirus throughout this time. As of now, there are over 3.29 million cases of COVID19 in the United States, with a death toll of 137,000.

Prior to his tweet, he also shared a message of support towards his former colleague and current presidential candidate Joe Biden. Biden has also encouraged everyone during the weekend to wear a mask.