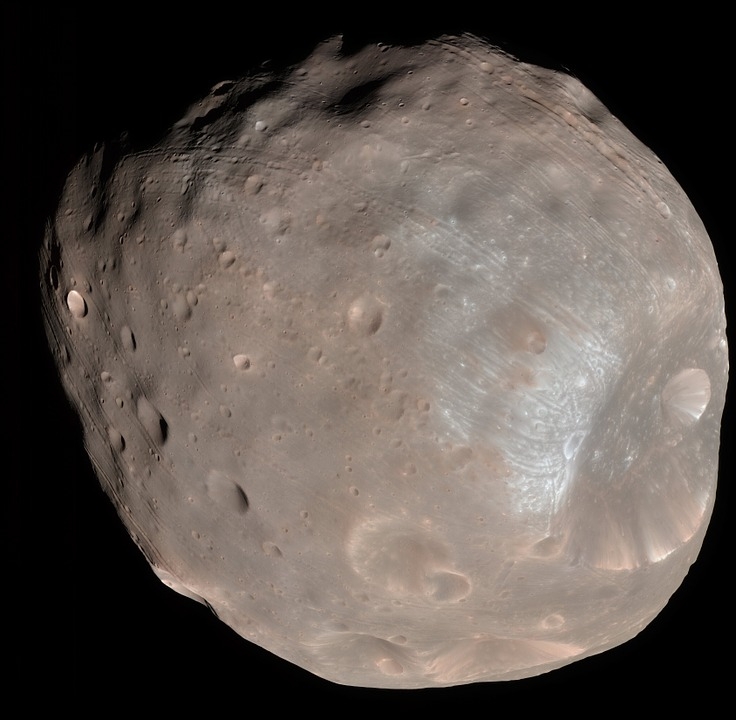 The universe never fails to amaze space enthusiasts and astronomers alike with the many stars, asteroids, planets, and moons that have strangely beautiful characteristics. NASA has recently released photos of one of those strangely beautiful celestial objects, that of Mars’ multi-colored moon Phobos.

Express reports that the agency’s Mars Odyssey spacecraft snapped photos and collected more information about the Red Planet, including its moons with Phobos being one of them. The latest photos from the Odyssey spacecraft show Phobos in its phases. With the use of its Thermal Emission Imaging System or THEMIS, NASA was able to estimate the temperature on Phobos when the Sun hits it and when it starts to hide behind Mars.

“As of March 2020, our Mars Odyssey spacecraft has captured these six views of the Martian moon Phobos. The orbiter’s infrared camera, the THEMIS is used to measure temperature variations that provide insight into the physical properties and composition of the moon. Chronologically, the views represent waxing, waning, and full phases of the moon,” wrote NASA about the recent photos of Phobos that were shared.

NASA also recently successfully launched its Perseverance Rover, which is now currently on its journey to the Red Planet. The rover will be tasked to look for possible life forms or remnants of life forms on Mars and has said to play an important part in the upcoming Mars missions over the coming years.

Aside from the multi-colored Martian moon that is Phobos, NASA was also able to capture a very unusual and very massive exoplanet 57 light-years away from Earth. Formally referred to as GJ 504b, this exoplanet is not only four times the size of our own gas giant Jupiter, but is also a vivid pink color.

According to scientists, GJ 504b gets its pink color from the heat it produces. They also found that this massive exoplanet’s star system where it orbits is also relatively young that still needs time to cool itself down. It should be noted that our own Solar System is around 4.6 billion years old, and this star system is only a fraction of its age, at 160 million years old.